One arrested on DUI charge in Heritage Lake collision 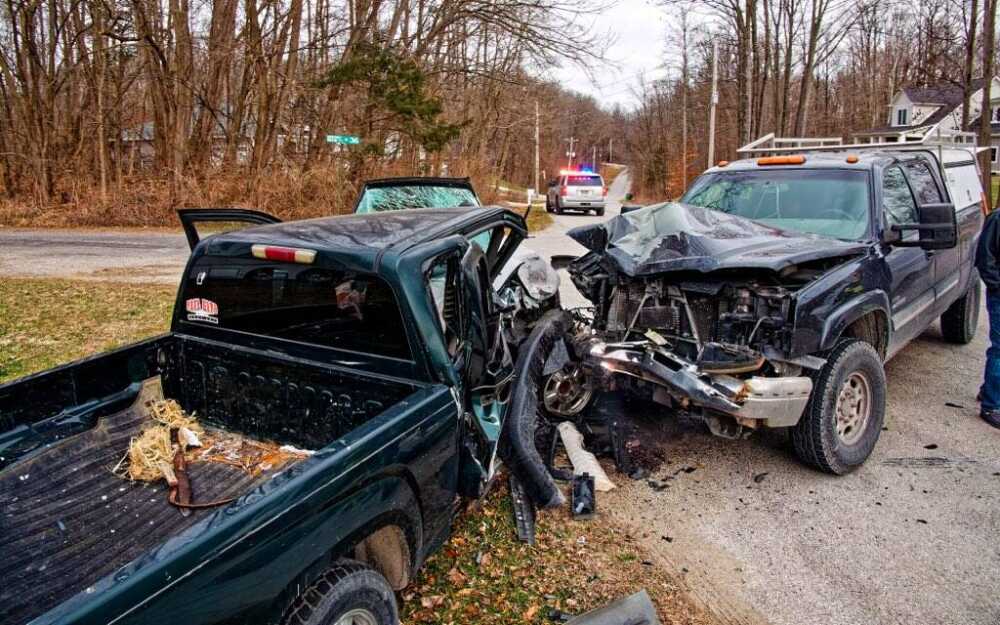 Two trucks show extensive damage after a head-on collision near Heritage Lake Thursday afternoon. One of the drivers was charged with felony operating while intoxicated.
Courtesy Putnam County Sheriff’s Office

HERITAGE LAKE — A Coatesville man has been arrested on a felony charge of driving while intoxicated following a collision in Floyd Township Thursday afternoon.

First responders were dispatched at about 1:20 p.m. for a two-vehicle motor vehicle incident with injuries at Exit 37 in the Victory Hill area near Heritage Lake. Agencies which responded to the crash included the Putnam County Sheriff’s Office, Putnam County EMS and the Floyd Township Volunteer Fire Department. 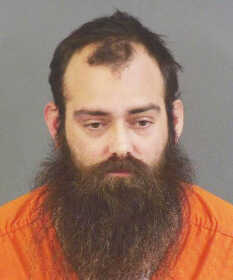 An investigation by Cpl. Brian Helmer determined that Bradley Dawson, 30, Coatesville, was traveling northbound at a high rate of speed according to witnesses. He then smashed head-on into another truck driven by William Bowman, 31, Ladoga, after he lost control of his Chevrolet Colorado and crossed the centerline.

Bowman was unhurt in the incident, while Dawson incurred a bleeding injury and was transported to Putnam County Hospital. Meanwhile, Adams Towing picked up the wrecked vehicles.

Dawson showed signs of alcohol impairment at the scene and failed field sobriety tests. A certified chemical test showed he had an ACE of .26, three times the legal limit.

Once medically cleared, Dawson was preliminarily charged with operating while intoxicated with a prior conviction, a Level 6 felony. He is being held at the Putnam County Jail without bond.

Helmer told the Banner Graphic Friday morning that the actual speed of Dawson’s vehicle at the time of the crash is being further investigated.