CLOVERDALE — A burglarized home and the ensuing investigation led to four arrests on multiple charges, some of them not even related to the burglary. 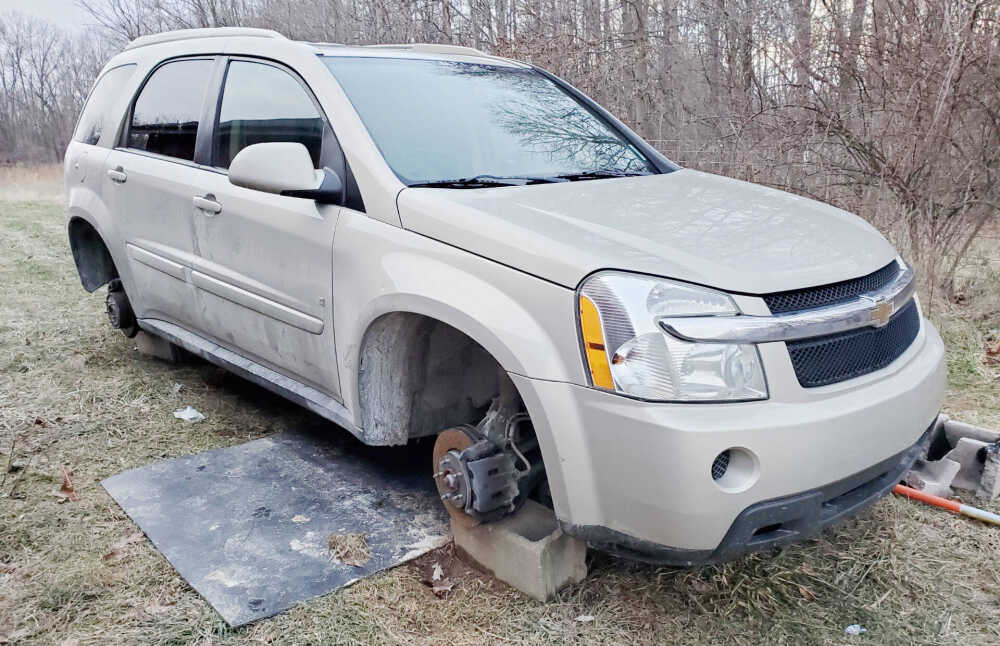 Aside from items taken in a recent burglary as well as various drugs, warrants served in Cloverdale on Wednesday yielded a stolen car.
Courtesy Cloverdale Police Department

CPD served the search warrants Wednesday afternoon, recovering many of the stolen items as well as drugs and paraphernalia.

• Sherri A. Sanders, 48, Cloverdale, for possession of methamphetamine, maintaining a common nuisance, possession of paraphernalia and child endangerment.

The final charge for Sanders springs from the presence of two 14-year-olds at one of the locations who were found to be in possession of marijuana.

All four adults were booked in the Putnam County Jail, while one juvenile was placed in the care of Child Protective Services and the other was released to family members.

Service of the warrants also led to the recovery of a stolen car. The wheels were taken off the vehicle, which was up on blocks.

Marshal Steve Hibler reported that most of the items of sentimental value had been returned to the victims, with an additional item to be returned on Thursday.

He also had praise for his deputy and the community.

“Wade did a fantastic investigative job on this,” Hibler said. “I’m proud of him. And I’m very proud of our community because people came forward. If you see something, say something.”

The case will be turned over to the Putnam County Prosecutor’s Office for formal charges.