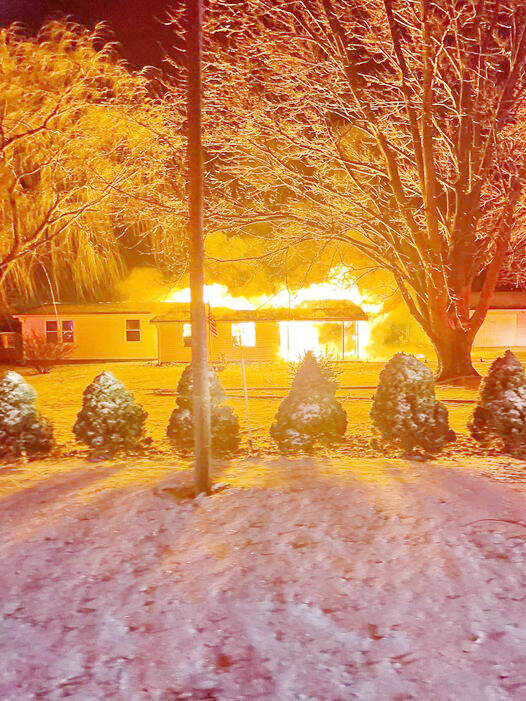 A house fire in the early morning and a stuck engine mark an eventful Thursday for the Clinton Township Volunteer Fire Department.
Courtesy photos/CLINTON TOWNSHIP VFD

VAN BIBBER LAKE — As if a house fire wasn’t enough for one day, one of the Clinton Township Volunteer Fire Department trucks got stuck in the snow later on Thursday.

The eventful day began just after midnight, when Clinton firefighters were dispatched to a house fire.

The homeowners made it out safely, but weather made things more difficult, from icy roads to wind gusts.

Later, while responding to another call on Thursday afternoon — during some of the worst of the snowfall — a Clinton Township truck got off the end of the road and got stuck in the snow.

The department later thanked I-70 Wreck Service and Adams Towing for getting the apparatus out and the responders back to station safely. 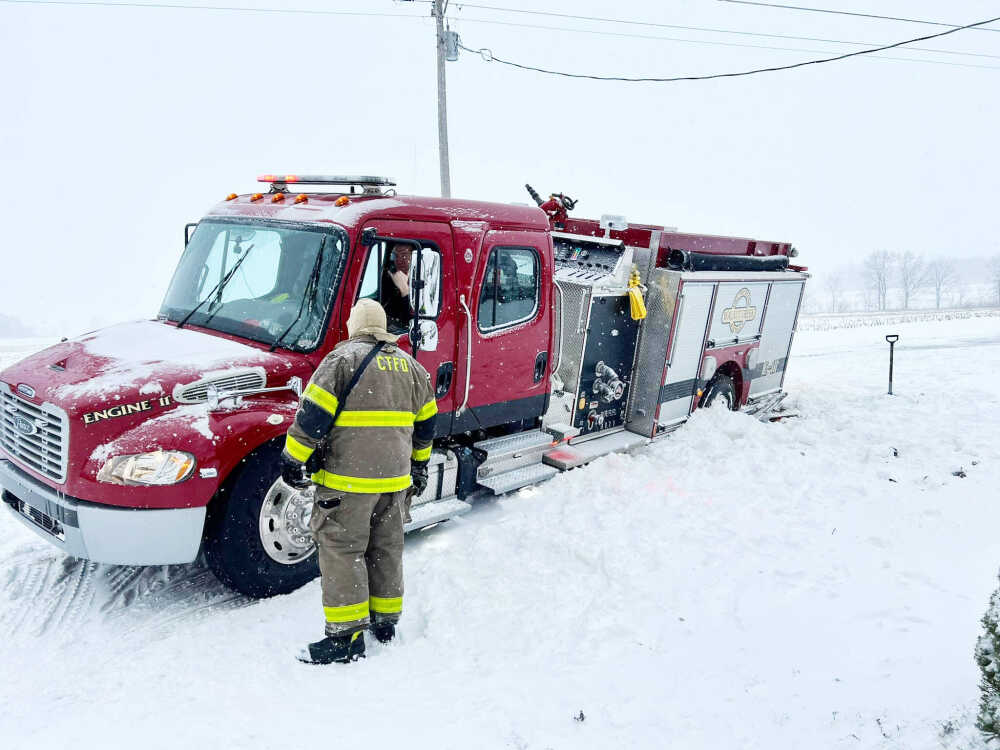