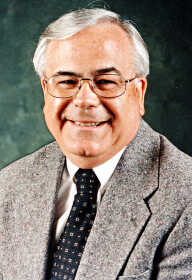 The youngest member of the Greencastle City Council is being replaced by a man who will become the senior member of the seven-member panel.

No stranger to local government, Thomas brings 16 years of experience as a former member of the Putnam County Council, including nine as president. Last week, Thomas withdrew his name from consideration for this spring’s GOP primary ballot after having originally considered giving the county seat another run.

Upon the resignation of Widner after 18 months on the Council as Tyer Wade’s successor, Thomas opted for the opportunity to serve the citizens of Greencastle in a new capacity.

“I believe that Darrel will be a really good council member and it’s fantastic anticipating him to hit the ground running, especially when it comes to budgeting,” Hammer said. “His experience is a huge plus, and I’m sure he’ll bring a great new perspective to the council.

“I have known Darrel for many years,” Hammer, the longest-serving member of the Council said, “and I have so much respect for him and look forward to serving with him on the Council. He has been involved so much in our community over the decades both professionally and personally. I am certain that I speak for the rest of the Council in wholeheartedly welcoming him as our next councilor.”

A 1964 graduate of Honey Creek High School in Terre Haute, Thomas graduated from Indiana State University four years later and was hired as an assistant ag county agent in Fountain County. A year later, though, Thomas was called into active duty with the U.S. Naval Reserve.

Thomas is a former Purdue Extension educator and director for Putnam County, earning induction to the National 4-H Hall of Fame in 2021 after a collective 46 years of service to Putnam County. After his county government tenure, Thomas established scholarships with the Indiana 4-H Foundation in memory of his wife, Diana, who passed away in 2019.

“To be honest, she’s part of this,” Thomas said. “She’s been gone for two years and I need something to do. I need a focus. I’ve been a people person all my professional life. I have two daughters and they’ve done well in taking care of me, and I just got to the point where I need to do something to focus, and I think this’ll do it.”

Thomas joins Hammer and Murray as at-large members voted on by the entirety of the city.

Elections for the city offices will next take place in 2023.