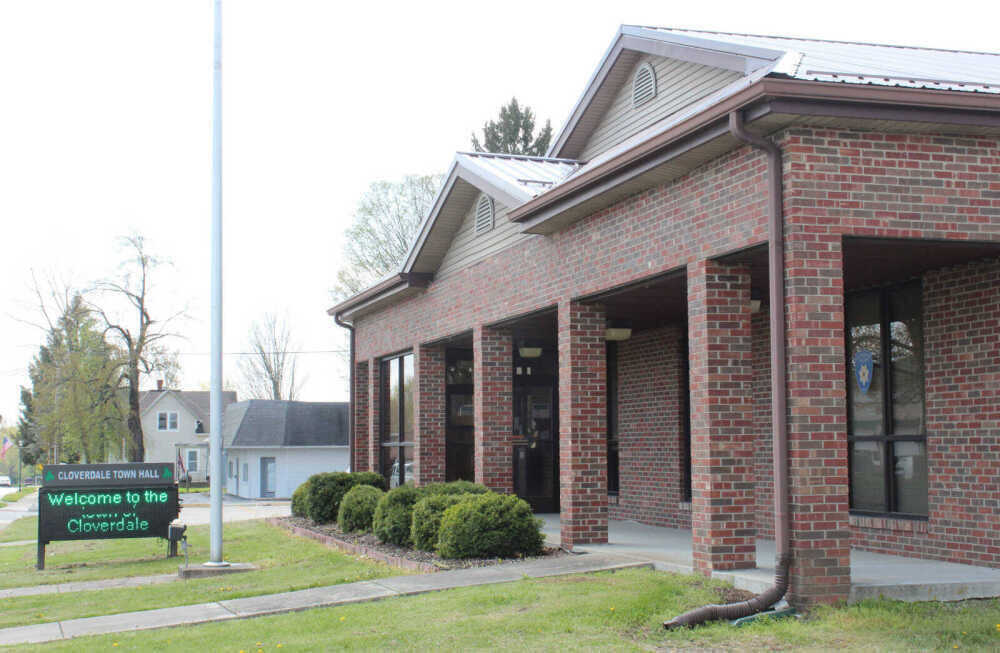 CLOVERDALE – Having not lost sight on water improvements within the town, Cloverdale leaders now have an idea of how they can be realized moving forward.

The Cloverdale Town Council heard information about preliminary engineering reports (PERs) completed over several months for both drinking water and wastewater during its regular meeting Tuesday evening. The improvements were discussed as such by Eric Smith of HWC Engineering.

These reports are meant to evaluate existing water systems and identify potential deficiencies and issues which could hinder their expansion. In the same vein, alternatives for fixes and their costs for operation and maintenance are determined. For communities like Cloverdale, Smith said projects would be submitted to the State Revolving Fund, which awards low-interest and forgivable loans. Projects would be scored on the basis of need.

The total construction cost for the drinking water project would be $3.88 million. However, Smith said that the utilities’ impact would be impacted with either no grant or a portion of one.

Wastewater collection fixes would have the greatest focus and cost.

A lift station that has caused inflow and infiltration (I-and-I) problems would be replaced, while a backup generator being installed for another. Meanwhile, two lines around Rabbit Run which have caused I-and-I issues would be relined at a cost of $397,000, while on Doe Creek a pipe liner would be installed for $281,000. An area near a grain elevator would also have a sewer lined and a manhole replaced for $79,000. Elsewhere, a line on 1st Avenue would be open-cut rather than lined for $125,000. Lastly, Logan Street would be open-cut for $50,000 and a problem forced main in Stardust Hills would be replaced for $318,000.

Smith said projects which are submitted by April 1 are given “bonus points” on their scoring as being in before the actual May 1 deadline. Awards for projects would then be allocated by July 1. The town still has to complete a rate analysis to determine the impact of either of the projects to taxpayers.

A public hearing would be held after the April 1 submittal.

With everything considered, the council approved to concur on the PERs and authorize Council President Rick Dearwester to sign the application.

• Brandon Tancak was introduced as the council’s newest member. He replaces at-large representative and prior Council Vice President Gary Bennington, who passed away in January.

• Standing in for Town Marshal Steve Hibler, Cloverdale Police Sgt. Adam Hull told the council that the department was looking to purchase two new portable radios. Hull said that one, as well as a battery which would be exchanged if necessary, had quit working.

While he did not present specific quotes, Hull said funds to purchase them were available.

• The council approved a quote from BL Anderson for $2,360 to service blowers at the sewer plant.

• Town Manager Jason Hartman proposed two resolutions and a resolution regarding the town’s water tap fees, which stand at $1,000 for drinking water and sewer each. This ensued a discussion relating to construction under way at the new Doe Creek subdivision.

Hartman said he wanted to evaluate the fees altogether in them not covering costs for the town. As such, the fee would be reduced to $550 for all the Doe Creek lots, but a contractor would do all the work with laterals and connections. He addressed not showing favoritism for Doe Creek, but acknowledged the complexity of determining responsibility for them.

The council agreed to hold a special meeting on Tuesday, March 15 at 6 p.m. to further consider Hartman’s proposals.

• The council approved paying an outstanding invoice on a pump used on Blue Side Way, after a tree fell on an exposed sewer line about a year ago. While the original amount was about $26,000, Town Attorney Richard Shagley said MacAllister, which supplied it, reduced this by $8,000, with another $1,900.96 being cut later. The line has been repaired.

• The council was set to approve Ordinance 20221 for additional appropriations of $40,000, which was not spent last year and as such would be available for the 2022 budget. However, Dearwester announced that the ordinance had already been signed.