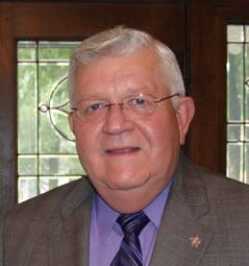 He was the band director for many years at Wiley and Terre Haute South schools until entering the funeral service, becoming a funeral director with his father, Charles, for many years. He was active in the Independent Funeral Directors of Indiana for many years, serving on the board as president and other various positions until retirement.

In addition to his wife, he is survived by his children, Jason Whitaker, Jenny Whitaker, Jamie Helton and her husband Tim, Jacob Whitaker and his wife Wendy; five grandchildren; and siblings Vivian Whitaker and Ena Shelley and husband Michael.

Visitation will be held from 4-8 p.m., Wednesday March 30 at Whitaker Funeral Home, Cloverdale. Funeral services will be held Thursday, March 31 at 11 a.m. Private family burial will follow in Cloverdale Cemetery. Condolences may be made at www.whitakerfuneralhome.net.

Donations may be made to Cloverdale Dollars for Scholars for John J. Whitaker Music Scholarship, P.O. Box 404, Cloverdale, IN 46120, or via website cloverdale.dollarsforcholars.org.