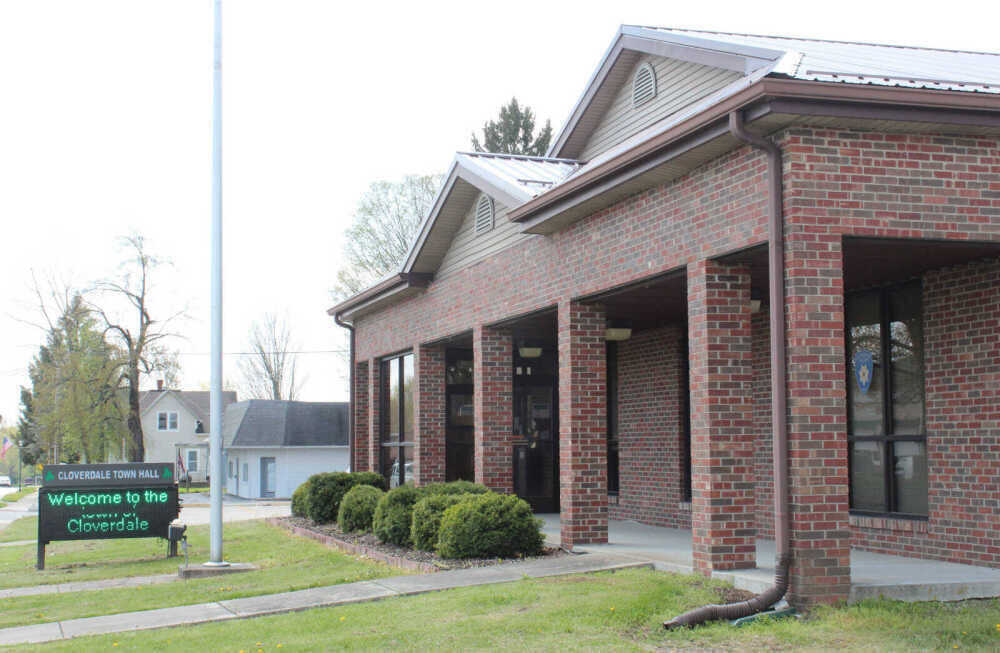 CLOVERDALE – With movement steady the past few months, Cloverdale leaders are weighing how to ensure that sewer laterals are cost-effective and beneficial for both the town and residents. Requirements as to how they can be installed and connected is a unique issue on its own.

Part of a nearly two-hour meeting Tuesday evening, the Cloverdale Town Council discussed what the responsibilities on both sides can be as it came to approve Ordinance 2022-6. It would be two-sided, with Stardust Hills developer Don Gedert bringing concerns about having PVC versus clay tile, as well as using Y lines versus individual mains.

Noting that Stardust Hills has many sewer laterals that are made of clay tile, he provided that there are also many that are not in use which also use plastic connected to tile. With Gedert saying this was confusing, Councilman Greg Jay said the understanding was that the town would be responsible for upgrading to the property line or right-of-way.

Town Manager Jason Hartman added the town would provide a lateral if one does not exist, with this pertaining to reactivating service on a previously vacant lot. Gedert responded that this would not be fair if one homeowner got the benefit of a new lateral, while next door would effectively foot the bill.

“Now we’re going to connect a second lot next to it, and we’re going to say, ‘Okay, we need to replace this lateral tile with plastic, and it’s going to be $1,750 for your charge,’ the other guy’s been using it and he only paid a $1,000 connection fee,” Gedert said. “This is not dividing the child equally.”

Gedert’s complaint centered on using a Y main to connect two lots at the junction between the property and the town’s right-of-way, as opposed to using two separate lines from the same point. As to the clay tile, he acknowledged that some lines were issues, but that the majority are functional.

“The problem is going from that Y to the main and upgrading all that to PVC,” Jay said. “It’s an awful expensive item if it’s not needed. It would be an added burden to mandate that we upgrade that, because one home was reactivated or changed. If the system is functional, leave it as is.”

Hartman said he thought there was no burden to either property with a Y line, saying that the tile already in place would remain while the rest would be PVC.

“In the past, the property owner was responsible all the way to the main, so your neighbor may have his house backed up, but he doesn’t know if that was caused by his neighbor or it was caused by him,” Hartman said. “Up until this point, this caused an issue with having Ys.”

Acknowledging that more consideration was needed on connections in whole, the council tabled the new ordinance.

• Hartman reported that “the numbers were a little different this time” after looking into trading in two diesel crew cabs for a Ford F-150, F-250 and/or F-350.

At its regular meeting last February, the council approved for Hartman to trade in the crew cabs. It was determined then that purchasing the F-350 would be a “wash,” while the town would recuperate $6,000 getting the F-150 and F-250, both 2022 models. However, Hartman said Thursday that the town would get $16,000 back.

While Hartman stipulated that he had not acted on this, the council again authorized him to make the trade-in if the new deal still stands.

• Hartman reported that he received an invoice with regard to a sewer backup that occurred at 54 S. Lafayette St, in which construction work found a sewer lateral that had been cut when the town undertook a stormwater project in 2015.

While Hartman did not say what the invoice amount was, the council acknowledged that the fault came back on the town. As such, it approved to pay the invoice, but also for Hartman to see if the town could recuperate some of the damages.

• On a motion from Jay, the council approved for preliminary patch repairs to be done on a water tank, but only if the tank would be deemed salvageable. This was in lieu of approving a quote for $9,182 for a new hatch.

Aside from its discussion on Ordinance 2022-6, the council passed two new ordinances and one resolution:

Ordinance 2022-7 establishes a trust fund which will hold funds accrued by the Tax Refund Exchange and Compliance System (TRECS) through the state. The program allows municipalities to recoup outstanding debts owed to the town. With it being introduced and approved, its second reading was waived.

Ordinance 2022-8 allows for a rezoning of a property owned by Eric Freeman from business to residential. Hartman noted that the Cloverdale Planning Commission recently approved the rezoning, adding that it is surrounded by homes and were used as tornado shelters. Its second reading was waived after being introduced and approved.

Related to sewer laterals, Resolution 2022-2 stipulates sewer connection fees at $550 for each property in the Doe Creek Meadows subdivision. The resolution stipulates that the contractor would do all the work with the connections.

• Clerk-Treasurer Kelly Maners reported that the town’s first round of reporting for its American Rescue Plan Act funds was due April 30. As such, she said that the federal government had made a final ruling allowing for municipalities to choose different options.

Maners recommended using a new option called revenue replacement, which comes with a one-time allowance up to $10 million. While the town could still spend the money as it planned to, she said this option would have fewer restrictions and easier reporting. The council approved using the new option.