Motorist seriously hurt after nosediving off I-70 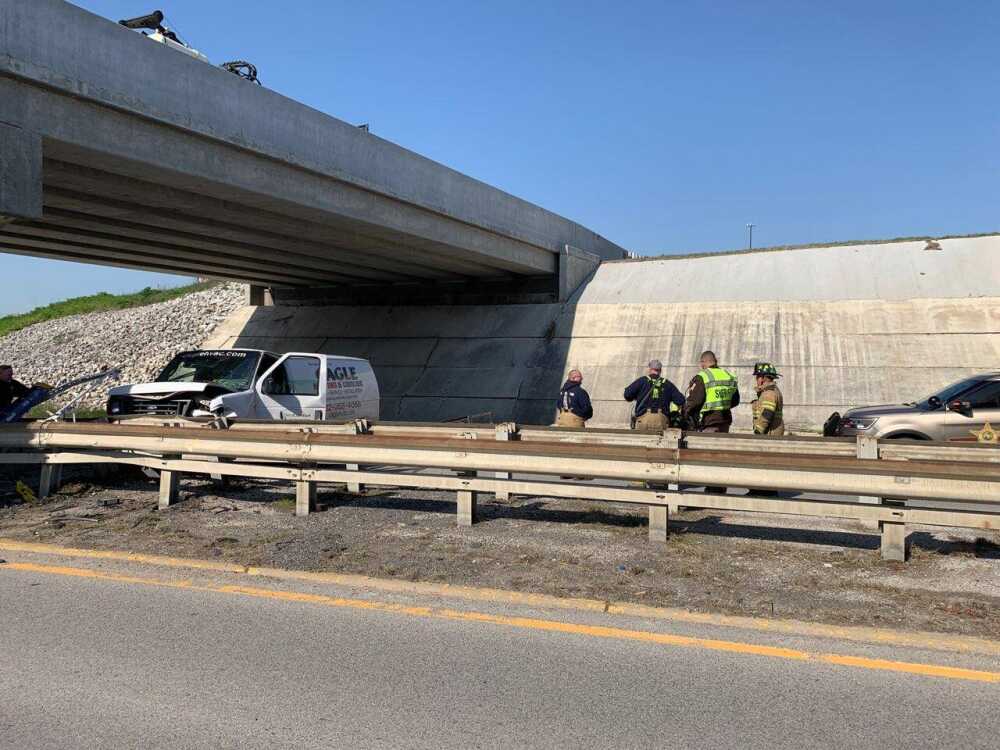 First responders survey the scene of an incident Wednesday morning in which a van pulling a trailer drove off the interstate overpass in Cloverdale. The driver was transported for his injuries.
Courtesy Putnam County Sheriff’s Office

CLOVERDALE – A motorist was badly injured in a single-vehicle incident Wednesday morning at the Interstate 70 overpass in Cloverdale after the vehicle he was driving went off the roadway.

According to an incident report filed by Putnam County Sheriff’s Deputy Josh Clark, first responders were dispatched at about 9:35 a.m. for a motor vehicle incident with injuries at the overpass. Clark later arrived to find a Ford Econoline labeled to Cagle Heating & Cooling with a trailer wrecked in the southbound lane of U.S. 231, with its front end smashed in the guardrail.

It was determined that the driver, Brian Brightwell, 48, Dugger, was traveling eastbound on the interstate when the Econoline ran off into the median. The van continued until it launched off the embankment at the overpass and nosedived, coming to rest after hitting the guardrail. 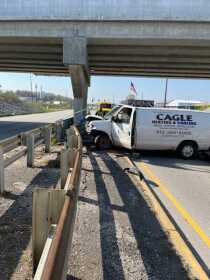 Brightwell stated that the wind caught the van and pushed it off the roadway before it ramped off the embankment.

Clark observed that Brightwell was not wearing his seatbelt at the time of the incident, as he found it locked in place while looking over the scene. The trailer also appeared to be fastened by a chain wrapped around the van’s hitch, with the locking mechanism not on the trailer’s tongue.

Brightwell was transported to Terre Haute Regional Hospital by Putnam County EMS for his injuries, which included abrasions on his face. He initially complained of back pain after Clark arrived.

Along with the Putnam County Sheriff’s Office and Putnam County EMS, the Cloverdale Township Volunteer Fire Department and the Indiana Department of Transportation also responded to the incident. Meanwhile, Seniour’s Towing picked up the van.