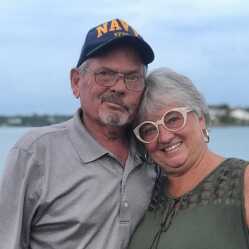 He was born on Jan. 16, 1947, the third child of seven siblings of the late Russell A. Terrell and Blemyre B. (Miller) Terrell. He is survived by his wife, Judy A. (Withem) Terrell.

Bill served as an Aviation Boatswain’s Mate 2nd Class Petty Officer and was stationed aboard the USS Iwo Jima.

He retired after 17 years at Cloverdale Community School Corporation as director of the physical plant.

He is preceded in death by his brother, Henry Terrell, and brother-in-law Don Morton.

There will be a celebration of life at the American Legion located at 501 S. Main St., Cloverdale, on Sunday, May 22 from 1-4 p.m.

In honor of Bill, the family invites you to stop by, have a cup of coffee and a doughnut and share some memories.