No SPARK this summer; pool opening may be delayed, even with enough guards 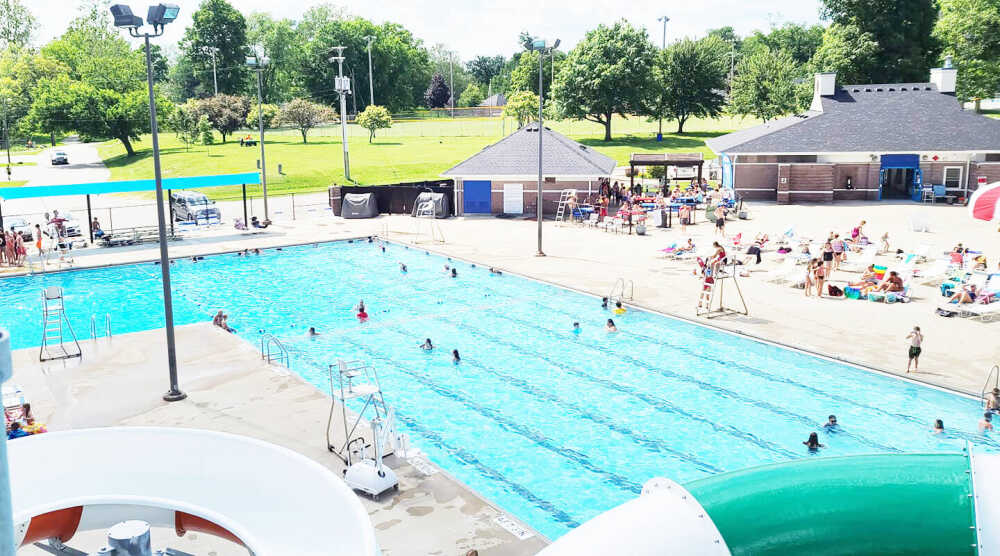 While enough lifeguards are now in place for the 2022 season, the opening of the Greencastle Aquatic Center could be delayed due to chipping of paint in the pool that was painted just two years ago.
Courtesy photo

As trite as it is to say, there was good news and there was bad news at the May Park Board meeting Wednesday night.

Or as Dickens wrote: It was the best of times, it was the worst of times.

First the good news: After weeks of uncertainty and the count hovering dangerously low at half-a-dozen just two weeks ago, the Greencastle Aquatic Center now has 22 lifeguards in the fold for this summer. A range of 20-24 guards had been hoped for to fully operate the pool and its new slides, which require a lifeguard at both the top and bottom.

Now the bad news: The pool might not be ready for its traditional Memorial Day weekend opening because some repainting is necessary in an area where paint chipping was discovered recently.

Even more bad news: While the lifeguard situation appears set and applicants are being turned away for concession stand help, the SPARK program has been canceled for the summer because of a lack of adult staffing available to operate it.

Assistant Park Director Chrysta Snellenberger revealed the bad news about SPARK, noting she had received no applications for director and the six or seven adult instructors needed, leaving the Parks Department no choice but to cancel the program for a second time in three years, the first, of course, due to Covid.

“We’re not the only ones,” Park Board President Cathy Merrell interjected. “Many people aren’t happy.”

Snellenberger also revealed the tenuous starting date for the pool season, explaining that Maintenance Director David Bault discovered the chipping paint on the pool. With that work just two years old, she contacted American Clean and Seal, the company that did the work during the pool renovation. It agreed to do the repair work for free. It is scheduled for May 10-11 and will need about five days to cure before water is added to the pool.

After filling the pool with water, it will then need to be circulated for three days before chlorine can be added.

Once that is done, it will necessitate two separate clean water tests submitted to the State Board of Health “before the first body is allowed in the water,” Snellenberger said.

“I was hoping to open Memorial Day weekend,” she said, adding that if any further delays are encountered, the starting date might be later that week.

Additional bad news from the aquatic center is that while there will be enough guards to run the pool, the park will be unable to hold swimming lessons this summer since there are no water safety instructors among the lifeguards at present. 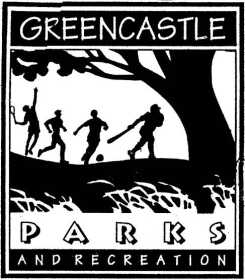 In place for decades, the Greencastle Parks and Recreation logo could soon be modernized.

-- Heard Park Director Greg Ruark report that he wants to create new branding and a new logo for the Parks Department. He has contacted Area 30 Career Center and its marketing students have agreed to help and plan to have a concept ready by school’s end. “We want something simple and a more modern look,” Ruark said. ”I want it to pop.”

-- Heard Mayor Bill Dory announce that bids on improvements to Robe-Ann Park will go out for bid next Tuesday.

-- Gave permission to Mitch Dickerson and the Putnam County Pickleball Club to host a Sept. 3 tournament at Robe-Ann Park, reserving the courts from 7 a.m.-5 p.m. Rain date would be Monday, Sept. 5, which is Labor Day. “Our pickleball club is getting quite a reputation for tournaments,” Dickerson said. “We have people calling us from out of state, asking if we’re going to have a tournament.”

-- Heard Chris Johnston of Tiger Pointe Country Club detail a summer golf program that he hoped the Parks Department would support. The program is set for June 6-8 for youngsters age 7-13 and June 13-15 for those age 14-17. Participants get golf instruction and lunch from 9 a.m. to noon for $250. Registration is available online. Johnston said it’s all about “growing the game of golf in Putnam County, which is important to the future of the club.” Expecting 10 players in each group, Johnston said he thinks it will be oversubscribed and the club will have to add to it. “I want your blessing, acknowledgment and encouragement,” he said. Ruark said he would help promote the golf program whenever possible. “While it’s not a park program, it’s a Greencastle facility, a good program and recreation,” he said.

-- Heard Chris Flegal of the United Way detail a June 24 “Go All in Day” of community service and volunteerism. He envisions a “Born Learning Trail” with 10 stations at Big Walnut Sports Park being the “signature event” locally. The stations will help merge what kids are learning in the classroom with nature, he said. The Park Board granted permission to install the trails and agreed to be the Putnam County title sponsor at a cost of $1,500. Mayor Dory said funding could come out of the Mayor’s Promo budget.

-- Heard Ruark note that he met a disc golfer at Big Walnut Sports Park who had good things to say about the local course. Pondering future enhancements to the course, Ruark said he’d like to create a couple of mounds to divide the fairway and plant prairie grass to enhance some of the holes.

Park Board members Merrell, Trigg and Pete Meyer were present for the one-hour meeting at City Hall. Joanna Muncie was absent.

The next regular session of the Park Board is set for 7 p.m. Wednesday, June 1.