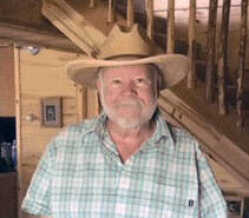 Most recently a long-time resident of Hesperus, Colo., Art is survived and will be missed by his wife of 54 years, Linda Perkins. He will also be greatly missed by their daughter, Kathy Larson, her husband Mike and grandchildren Elizabeth and Nick; their son, Ken Perkins, his wife K.C. and grandchildren Brody and Hudson; and brother John Perkins and family of Avon.

He was preceded in death by parents Charles and Doris Perkins of Greencastle.

Art graduated from Greencastle High School in 1965 and from Indiana State in 1969, where he met Linda. After graduating with an accounting degree, Art and Linda started their adventure by moving to Warren, Ohio, where Art began his career with General Motors.

In 1983, he moved his family to Durango, Colo., a favorite vacation spot, where he opened Rocky Mountain Offroad. From 1996 to 2012, Art pursued numerous real estate development and small business ventures in the Four Corners area. Before and after retiring in 2012, Art and Linda spent time caring for and riding their mules and donkeys with many of their wonderful friends.

The family is planning a celebration of life this summer at their family cabin in LaPlata Canyon. In lieu of flowers, please consider making a donation to your favorite animal rescue or to the Lewy Body Dementia Association at lbda.org.