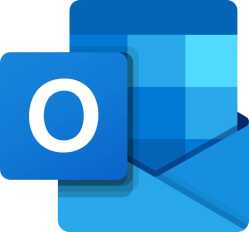 A long discussion and consideration process came to an end Monday as the Putnam County Commissioners chose Airlink to administer the county’s email service.

Unifying county email under a single umbrella has been a discussion for several years, but came to a head earlier in 2022 when the Commissioners learned the cyber insurance rates would be out of control if they did not move to county-administered email with multi-factor authentication.

Currently, some offices such as the Sheriff’s Office, Health Department and Prosecutor’s Office, have department-issued emails, while many others use a hodgepodge of addresses from providers such as gmail, Yahoo and Airhop.

The addresses will now be unified under a single domain name — co.putnam.in.us — with better security than is provided by individual, free email.

Airlink was chosen not only for having the lowest annual bid, but in part because D.J. Hendrich of Airlink was in attendance on Monday.

“I make a motion we go with Airlink since they’re here,” Commissioner Tom Helmer said.

President Rick Woodall seconded the motion, which passed 2-0, as Commissioner David Berry was absent on Monday.

Airlink’s bid was for $5 per account per month, plus an annual maintenance fee of $5,760 and an initial implementation fee of $8,170.

Figuring on 220 accounts, that would be $18,960 annually, minus the initial startup fees.

The email will be on the Microsoft Outlook platform.

Hendrich, who is based locally, emphasized that he is in the courthouse often, performing IT tasks for probably 75 percent of county offices, so he should be nearby for timely maintenance when issues arise.

The startup costs and fee for the remainder of 2022 will come out of the EDIT Warchest. However, the Commissioners and County Council will have to consider how the ongoing fees will be paid when the budget hearings come in late summer.

In other business, the Commissioners:

• Heard a proposal from Eric Dreyfus of Assured Partners, who would like to review the county’s health insurance information, believing his company can save the county money by going away from Anthem.

He noted the lack of transparency in health insurance as a major factor in why some businesses and government entities are moving away from traditional providers.

“A lot of businesses are catching on to the fact and going a different direction,” Dreyfus said.

The Commissioners would like more time to consider and perhaps look into Dreyfus’s references before moving forward with anything.

• Signed a contract with HWC Engineering to write the county’s new comprehensive plan and zoning ordinance.

The Commissioners had previously chosen HWC during a March meeting, but Monday’s action made it official. The plans are coming at a cost of $173,000.

• Heard from several residents of County Road 75 North of a driveway collapse and the likely road problems that go along with it.

The residence in question is at the bottom of Waterworks Hill where 75 North runs northeast of U.S. 231.

The pipe under the driveway recently collapsed when a delivery truck drove over it. However, a contractor came in to examine the damage with a camera and found cavities that went under the roadway.

The homeowners fear a catastrophic collapse is coming, noting that the road is often used by motorists who wish to bypass crashes on U.S. 231 at the bottom of the hill.

No decisions were made on Monday, but tied up in the discussion was the lack of a county policy for dealing with collapsed pipes on driveways as well as the county practice of waiting for a road to fail before it is fixed.

Set to meet in special session on Thursday, the Commissioners were going to consider a solution at that time.