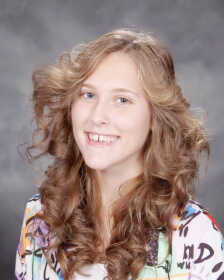 The scholarship program highlights student-athletes who have demonstrated excellence in academics, school and community involvement, character, sportsmanship and citizenship. It is sponsored through a partnership between Forté Sports Medicine, Indiana Farm Bureau Insurance, the Indianapolis Colts, the Indiana Fever, the Indiana Pacers, Sport Graphics and Franciscan Health with the IHSAA and the IHSAA Foundation.

Two males and two females representing the IHSAA’s three districts will each receive a $2,500 scholarship and be recognized at this year’s Thomas A. Brady Sports Achievement Awards Dinner on June 2. Pistelli as such represents District 2 for South Putnam.

Each student submitted a formal application and had to meet certain criteria to qualify. These included winning a varsity letter as an athlete in at least one IHSAA-sanctioned athletic program, being nominated by the school’s principal and carrying a minimum grade-point average of 3.0 on a 4.0 scale or the equivalent. Nearly 100 applications were received from across the state and a panel of stakeholders and IHSAA officials selected the final recipients.

The scholarship is in tribute to Commissioner C. Eugene Cato, who led the IHSAA from 1983 to 1995 and served as assistant commissioner from 1976 to 1983. A passion for athletics and a belief in the value of athletic competition on the formation of a child’s character enabled “Gene” to impact generations of young men and women with a “Firm, Fair and Friendly” approach to caring for others. He passed away in 2008.

Since 2003, the IHSAA has recognized 216 outstanding student-athletes with scholarships totaling $540,000.

Pistelli is an eight-time varsity letter winner, competing in softball and volleyball in each of her four years as a Lady Eagle and has been named Academic All-Conference for both sports multiple times. Outside of school work and sports, Pistelli has been the president of Student Council, is currently the president of the Fellowship of Christian Athletes chapter, is a National Honor Society member and has participated in South Putnam’s Math and Science Bowl teams.