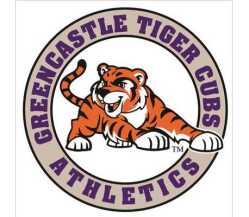 Despite allowing 10 hits and with three errors, Greencastle managed to keep South Putnam’s offense from building up any momentum to challenge an 8-1 lead after two innings as the Tiger Cubs beat the Eagles 10-4 Tuesday night.

The visitors started the game brightly with four-straight singles from Gavin Eyster, Aiden Battin, Kyle Glasson and Donald Scruggs to plate a run for a 1-0 lead.

Treyten Clark limited the damage with a pair of strikeouts to end the inning and would plate the first two Greencastle runs with a single after Jaylen Bushong walked and Keifer Wilson singled.

An error and walk loaded the bases before a passed ball allowed Clark to score and a ground out from Evan Alexander plated a run for a 4-1 Tiger Cub lead after the opening inning.

Owen Huff started the second inning with a single with an error allowing Chase Carrington to reach safely.

Bushong singled to center field to plate a run while Wilson plated two with a double to right field, later scoring on a Clark sac fly.

South Putnam pulled a run back in the fourth after back-to-back two out singles from Wyatt Mullin and Eyster, a run Greencastle answered back with in the bottom of the inning after Wilson singled and pinch runner Connor George stole second and scored after a pair of passed balls.

Owen Huff would triple home George in the fifth to complete the Tiger Cubs scoring while Isayah Hardwick singled to plate Glasson and Scruggs scored on an error in the seventh but Wilson, in relief of Clark, finished off the game with a ground out.

In a potential meeting in next week’s South Vermillion softball sectional, Greencastle used a four-run second inning to hold off South Putnam 6-2 despite being outhit 8-4.

The Tiger Cubs avoided being down 1-0 in the first after Chloe Pistelli reached third on a pair of errors in the first at-bat but the Eagles could not bring the senior home.

Chlara Pistelli would score in the top of the second after being hit by a pitch, coming in off the back of a Faith Will single for a 1-0 lead.

Greencastle struck back hard as Makenzie Epley reached on an error, Elise Lausee singled and Evelyn Briones walked to load the bases.

Starting pitchers Iseman and Sabrina Leonard kept things quiet for the next two-plus innings until Leonard ran into trouble in the fifth.

A single, error and walk with two outs loaded the bases and Lausee was hit by a pitch to force a run in. A wild pitch allowed Emma West to score to make it a 6-1 game.

Iseman evaded trouble after a pair of hits in the sixth and despite giving up a solo home run to Danae Cline, got a double play two batters later to end the game.

The Mustangs scored in every inning but the seventh, scoring three runs in the top of the first inning and never looking back as the Cougars could only scratch out four hits with five errors Tuesday night.

Nic Hensley had two base hits while Isaac Thomason and Jaylen Windmiller accounted for the other base knocks.

The Clover bats came up empty Monday night as Indian Creek scored in the first and third innings, adding insurance runs in the sixth to help complete the shutout.

Tuesday provided a better result as the Clovers put up a five-spot in the second inning and tacked on runs in the next three innings for an 8-0 lead.

Hilton had two RBIs to lead Cloverdale while Hoffa, Brady Koosman and Ethan Wright knocked in a run each.

Layton Allen picked up the win, tossing five innings of three-hit baseball, walking three and striking out seven. Caiden Watts pitched an inning of relief, giving up a hit and walk while striking out two. Ben Campbell gave up three unearned runs in 2/3 innings on a hit and two walks while Hoffa got a punchout to end the game.

The Cougars made the initial breakthrough Tuesday night with a run in the fourth inning before replying to the Mustangs’ three-run sixth with four runs in the bottom of the inning.

Two runs in the seventh from the visitors tied the game at 5-5 until the bottom of the ninth, where Ashley Weir hit a two-out single to plate Samie Hoops for the winning run.

Kyndal Brewer had two hits and drove in a pair of runs while Kyla Willis had three hits and an RBI. Hoops and Brilye Schmitz drove in the other North Putnam runs.

After taking a 4-0 lead in the second inning, the Eagles got a big finish with seven runs in the sixth and three more in the seventh to after falling behind 6-5 in the fifth.

Leonard was 4-for-5 with a double, triple and three RBI. Jackson had three hits and drove in three runs while Ariel Dooley had a pair of hits and drove in two runs. Danae Cline, Peyton Freeman, Chlara Pistelli and Joslyn Pilcher drove in a run each.

Leonard took the win in the circle, going the distance while giving up 10 runs on 11 hits and six walks, striking out two.

In a wild outing Monday, the Clovers actually kept the pace with the Thunderbirds through the first four innings, leading 10-9, but couldn’t find a reply in the final three innings as the visitors piled on 11 unanswered runs.

Hailey Caulkins had a three-run triple while Erin Johnson drove in two runs. Veronica Carter hit a solo home run while other runs were brought in by Keelie Price, Kaylee Johnson and Andrea Nees.

Tuesday, the Clovers were unable to find a WIC win before conference play ended, falling to the Eagles at home.

Kaylee Johnson and Price had two hits each while Caulkins, Nees, Payton Bell, Chloe Sprinkle, Kiley Compton, Michaela Phillips and Abbey Welton had a hit each.

Vincent Martoglio led the Tiger Cubs with a round of 40 at Tiger Pointe with Keaton Parmley and Tyler Rodgers both shooting 41 and Lathen Worman carding a 42 Wednesday afternoon.

Greencastle will face Crawfordsville next Monday, a reschedule from this past Monday, and Cloverdale next Wednesday, both home matches.