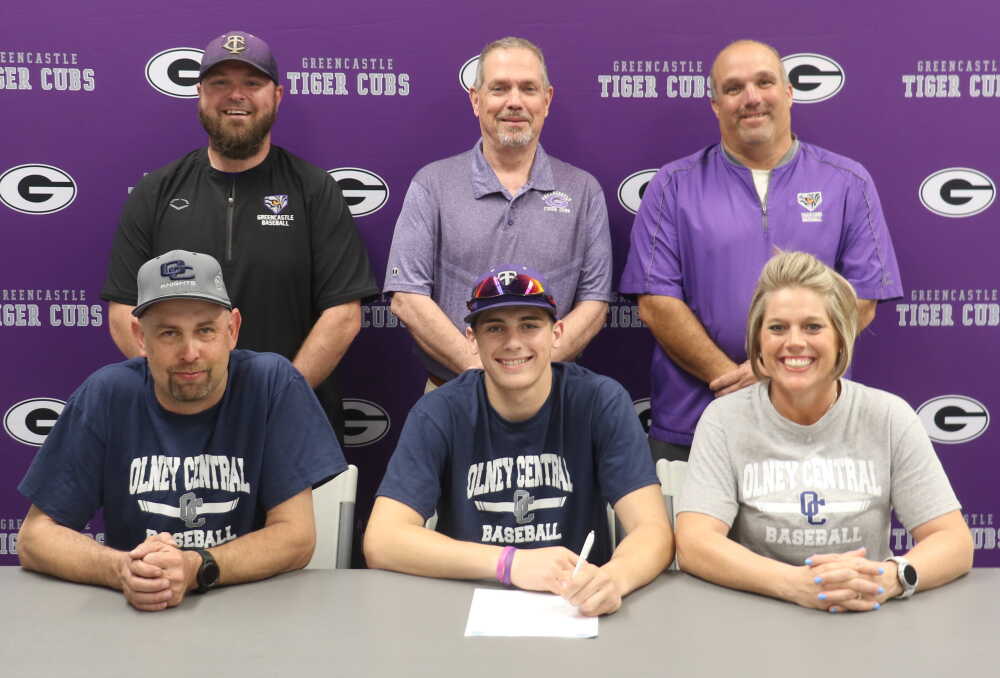 When not adding to any of his team-leading baseball stats during the 2022 season, Keifer Wilson was busy going through the signs left by several schools looking to add his bat and catching skills to their rosters.

At the end of the day, Wilson took the advice of a former Major League Baseball pitcher as the Greencastle senior will spend the next two season plying his craft at Olney Central College starting int the 2022-23 school year.

“On Sundays, I would go to see Zach McClellan, who taught me a lot about pitching and referred me to Olney,” Wilson said. “I went down there to take a visit and I really like it.

“It was one building, which I liked. I also knew they had a good baseball program, which Zach said I would fit perfectly with, so I said I would look into it and that’s where I finally decided I would fit in.”

Olney Central, located in Olney, Ill., is located a half hour west of Vincennes and is part of the Illinois Eastern Community Colleges, which includes Wabash Valley, Frontier Community and Lincoln Trail Colleges.

In the classroom, Wilson said he was interested in both teaching and sports management as majors with an eye to coaching should he choose the former route while navigating the two-year curriculum Olney will offer.

The Blue Knights have a strong baseball history, having not had a losing season since 1981, the first year for current head coach Dennis Conley, and has averaged 36 wins per year, including a 36-23 record in 2022, bowing out of the NJCAA Region 24 Tournament with a 2-2 record.

“I know coach Conley has been there for over 40 years; the field is already named after him,” Wilson noted. “I had a friend whose older brother had a really good career there and really loved it there.

“He said if you listen to coach, you will get better.”

With a lengthy history of athletes earning scholarships once leaving the school and multiple professional baseball players having come through the school, Wilson said he was looking forward to bettering his own game, especially with a stronger pool of athletes to play against.

“Academically, Olney offers a college course but it’s juco, so the courses are on the easier side of things.”

Though a run in the IHSAA postseason would be welcome before departing, Wilson said he was eager to get out on his own by attending Olney Central for the next two years.

“I’m hands-down ready for it,” Wilson said. “I love it here (at Greencastle) but getting out of the house and have freedom is amazing to have.”