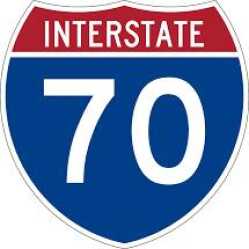 At approximately 1:40 p.m., the Indiana State Police Putnamville Post responded to an area of Interstate 70 eastbound near the 37-mile marker to investigate a single-vehicle crash.

The preliminary investigation by Senior Trooper Yan Dravigne revealed that Martin Henneman, 54, of Bradford, Pa., was driving a 1998 Honda motorcycle eastbound on I-70.

Due to mechanical issues with the front tire, Henneman lost control, traveled off the south side of interstate and came to an abrupt stop off the roadway.

Henneman was transported to the Putnam County Hospital, where he later succumbed to his injuries.

Drugs and alcohol are not believed to be a contributing factor of the accident.