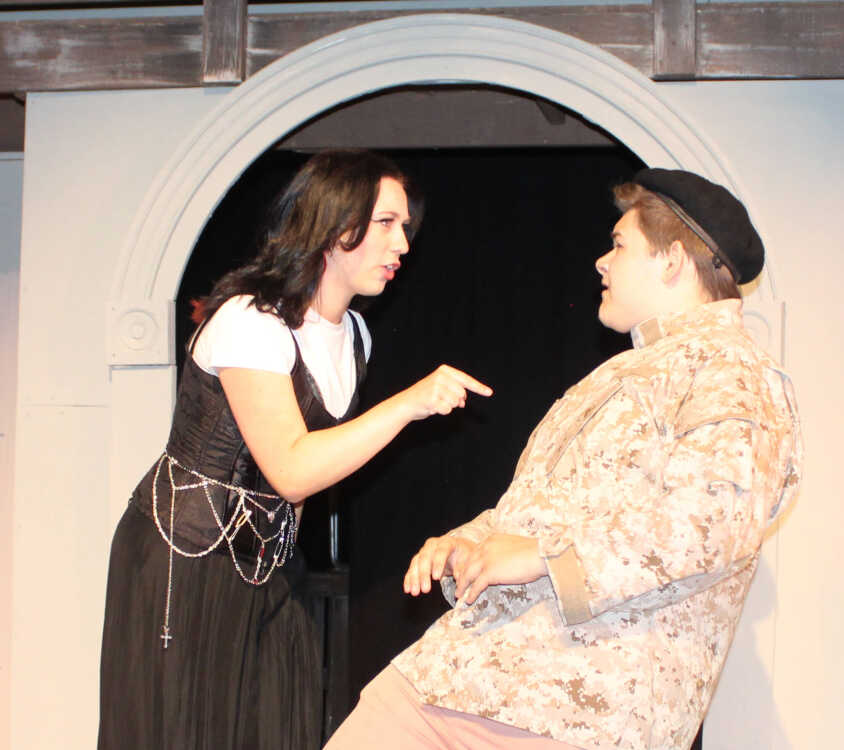 Working from the same source material, two productions in Shakespeared!, the Putnam County Playhouse’s annual Youth Theatre Workshop, will present slightly different takes on “Macbeth.” The high school production will have a modern, military look, though the dialogue will remain the same, with the ambitious Lady MacBeth (Ruby Sullivan) telling her husband (Devin Huff) — rather forcefully — it’s time to find his courage.
Banner Graphic/JARED JERNAGAN

Students from high schools and middle schools around the county have been working since June 13 on two productions of William Shakespeare’s “Macbeth.” 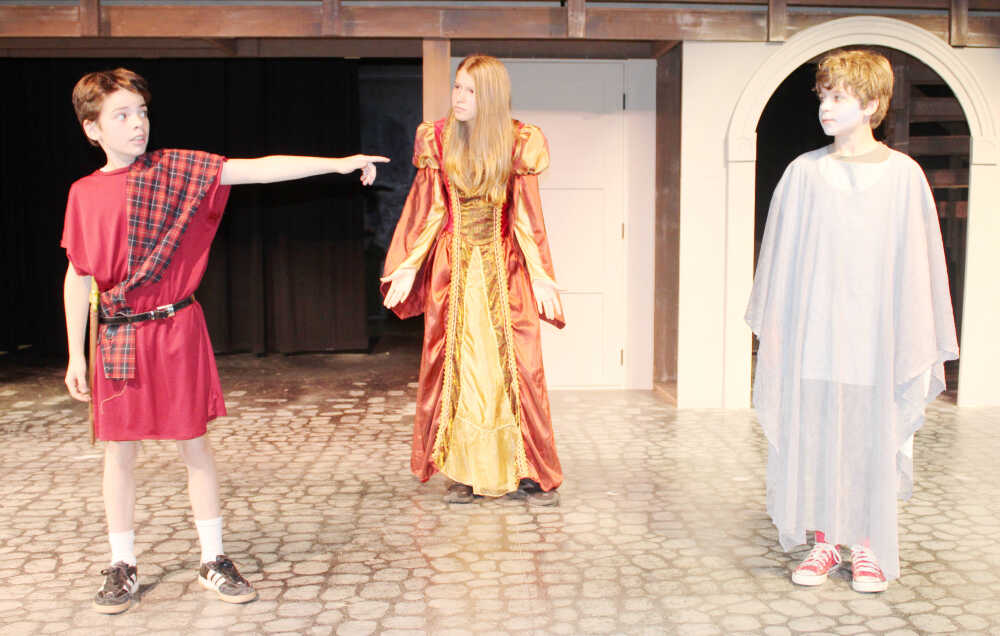 The middle school production will have more of a traditional look, for example with Macbeth (Alex Gurnon) trying to have a conversation with wife Lady Macbeth (Clara Everett) only to be interrupted by the ghost of Banquo (Elijah Helmer).
Banner Graphic/JARED JERNAGAN

Tickets are on sale at the box office only the days of performance. Admission is $3 with children under 12 admitted free.

Sponsors for the show are Shuee’s Best Buys Plus with additional support by Arts Illiana.

Directors for the middle school group are Craig Robinson and Eleanor Howard. YTW creator and founder Caroline Good will direct the high school version. Molly Murphy is the DePauw intern and assistant director. David Johnson (Bill Sikes in “Oliver!”) is also an assistant director and fight choreographer. Murphy is running the light board, and Fiona Good is the sound board operator.