Brazil man charged with sexual misconduct with a minor 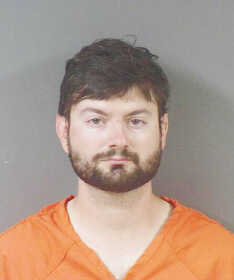 A 27-year-old Brazil man is facing a Level 4 felony charge over allegations he had sex with a 15-year-old in Putnam County.

Cody D. Felty is accused of engaging in intercourse with the girl on or about April 30 of this year.

Felty made his initial appearance before Judge Matt Headley last week, entering a not guilty plea. His bond was set at $50,000 cash only. As of Tuesday, he remained housed in the Putnam County Jail.

Felty was even recorded by the victim’s mother without his knowledge, stating that such an incident happened “just once” in his truck.

In January 2021, he was charged in Clay Circuit Court with two counts of Level 4 felony sexual misconduct with a minor. That case is awaiting a September jury trial.

The latter case also awaits a jury trial, though no date is currently on the calendar, according to online court records, since the cancelation of a March trial.