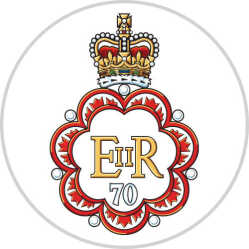 BRAZIL — The Brazil Concert Band will honor the Platinum Jubilee of Queen Elizabeth II on Sunday, June 26 at 8 p.m. in Forest Park, rain or shine.

The band and director Matthew Huber will offer traditional music from the United Kingdom in recognition of the queen’s 70 years on the throne, the longest reign of any monarch in British history.

Selections will include “Colonel Bogey” by Kenneth J. Alford, the march from “Second Suite in F” by Gustav Holst, “Imperial Echoes” by Arnold Safroni, “Westminster Waltz” by Robert Farnon and arranged by Eric Osterling and “Army of the Nile” by Alford and edited by Frederick Fennell.

The band will also play “Londonderry Air” by Art Dedrick and featuring trumpet soloist Dr. Martin Dixon, “The Royal Welch Fusiliers” by John Philip Sousa, “All Through the Night” from “Welsh Folk Suite” by Albert Davis, “Royal Air Force March Past” by Henry Davies and George Dyson, “Bond ... James Bond” arranged by Stephen Bulla and “The Rose, Shamrock and Thistle” by Sousa.

The Forest Park concession stand will be operated by the Elks featuring tenderloins.

The Brazil Concert Band performs every Sunday between now and August.