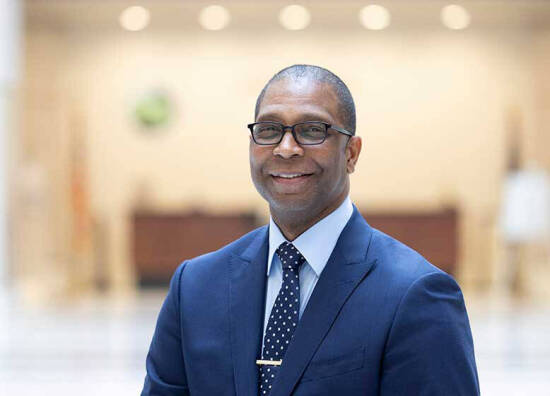 INDIANAPOLIS – United Way of Central Indiana announced Wednesday that Fred Payne will serve as its next president and CEO.

Payne currently serves as commissioner of Indiana’s Department of Workforce Development, a role to which he was appointed by Gov. Eric Holcomb in December 2017.

He will start at United Way July 18. Payne replaces outgoing United Way President and CEO Ann Murtlow, who retires June 30 after nine years with the nonprofit.

“The United Way of Central Indiana has been instrumental in helping our communities address some of the most critical social challenges,” Payne said. “I look forward to building on that work and helping more families break the cycle of poverty.”

As commissioner of the state’s Department of Workforce Development, Payne oversaw the agency responsible for Indiana’s employment and re-employment services, with more than 1,000 employees. The department administered more than $9.6 billion in unemployment insurance benefits to more than 908,000 people during the coronavirus pandemic.

“From the moment he stepped up to lead the Department of Workforce Development, Fred Payne put his wealth of knowledge, innovative approach and contagious optimism to work,” Holcomb said. “Throughout the unforeseen challenges of the past few years, Fred has adeptly propelled this agency to provide not only unemployment benefits, but training that has helped thousands of Hoosiers pursue training pathways that have led to careers and helped unleash their full potential.”

Before joining the department, Payne spent more than a decade at Honda Manufacturing of Indiana in various roles, including chief administrator, general counsel and compliance officer. He’s credited with starting several key initiatives, including the office of inclusion and diversity, corporate governance and risk management.

“United Way of Central Indiana is at an important phase of its history, as we embark on a strategic plan to guide our work for the next several years,” United Way board Chairman Rafael A. Sanchez said. “With his demonstrated leadership in the public and private sector, data-driven philosophy and passion for community service, Fred is the right choice for United Way. Additionally, Fred is committed to building on United Way’s legacy of collaboration within the human services sector to address Central Indiana’s toughest issues.”

Payne currently serves on the board of directors for the Indy Eleven Foundation, Indianapolis Urban League and Honda Federal Credit Union.

“Fred Payne is a great leader who has developed and supported numerous partnerships with community-based organizations while at Honda Manufacturing of Indiana and as Commissioner of the state of Indiana’s Department of Workforce Development,” Indianapolis Urban League President and CEO Tony Mason said. “He is well prepared to lead the United Way of Central Indiana.”

Payne is a graduate of the Indiana University Maurer School of Law and Grambling State University. He has experience in private law practice.

In January, when Murtlow announced her retirement, United Way’s board of directors created a nine-member search committee, led by Sanchez and incoming board chair Deborah Daniels, and partnered with the executive search firm Koya Partners to find a new president and CEO.