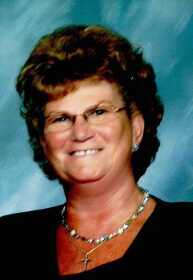 Carolyn was born in Bainbridge on March 12, 1951, the daughter of Wilbur T. and Elsie (Cofer) Inman.

She was a 1969 graduate of Bainbridge High School.

She married the love of her life, Ray Thomas Jackson, on May 25, 1969. Carolyn was a member of the Russellville Community Church. She worked for Walmart for more than 25 years.

She was preceded in death by her parents; her husband; five brothers, Woodson “Woody,” Richard, Victor, John and Charles Inman; and a sister, Carol McQuire.

Graveside services will be held at 11 a.m. on Monday, Sept. 19 at Hebron Cemetery in Russellville.