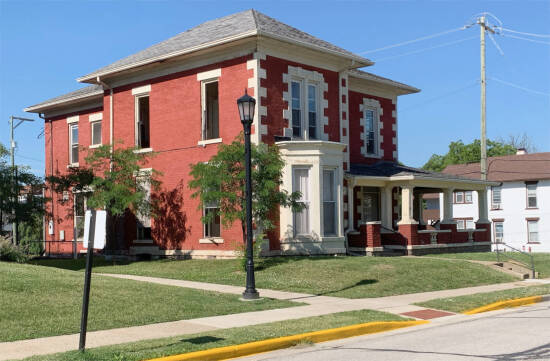 In order to avoid the demolition of the historic O’Hair house on Seminary Street, I ­— as a representative of the O’Hair family — worked with DePauw, Indiana Landmarks (a well-respected statewide preservation group) and the Heritage Preservation Society of Putnam County in an attempt to find an alternative solution acceptable to all involved. In May of this year, Indiana Landmarks submitted a proposal to the DePauw Board of Trustees, which offered just such a feasible solution. The university chose not to accept it.

So to indicate that there was no viable option as stated in Whitesell’s Letter to the Editor is blatantly untrue. Because of that I can only draw one conclusion — that DePauw never had any intention of doing other than demolishing the house.

There are other indications that DePauw has been less than forthright. DePauw staff have a great ability to craft well-worded statements that reflect well on them, but are actually half-truths.

In a Banner Graphic article written on 7/5/22 regarding the impending demolition of the O’Hair house, Mr. “Bob” Leonard indicated that DePauw had named a walkway from Hanna Street to Olive Street the O’Hair Walk, “in honor of Robert H. O’Hair’s generous gifts” to DePauw. That is a half-truth.

In a Banner Graphic article written on 2/19/19, DePauw was asking the city to close College Avenue between Hanna and Olive streets in order to, “extend the pedestrian corridor known as Burkhart Walk.” No mention of renaming this portion of the walkway the O’Hair Walk. Furthermore, absolutely no mention of the “generous gifts” from Robert H. O’Hair that would cause a renaming. In fact, there was never any article in the paper indicating that DePauw had received this “generous gift” — actually one of many financial gifts given to the university by the O’Hair family. Again, DePauw staff has revised “reality.”

The real story is that the university received $3.4 million from my great-uncle Bob’s estate (Robert H. O’Hair) when my mother passed away in late January 2019. I immediately notified Bob Leonard that the university would be receiving this largesse. I never received any acknowledgment from Bob Leonard, but the university immediately went to the Greencastle City Council asking to grant them closure of College Avenue. DePauw then proceeded to spend the “generous gift” on construction of the “Burkhart Extension” walkway. It wasn’t until I expressed outrage, that the university agreed to name it the O’Hair Walk and place several small plaques next to the walkway to acknowledge this. The newspaper was never notified of this renaming.

But now? There is not one representative from the community on the board. There are 38 board members (the ones who we were told ultimately made the decision to demolish the O’Hair house), but not one of them lives in Putnam County. Ten live in Indiana — primarily Indianapolis. The remainder are scattered from New York to California to Texas.

My point is that all the board members attended DePauw for four years and lived briefly in Greencastle. They graduated and moved elsewhere, so there is little attachment to the community. How could they possibly care whether a historic house in Greencastle is demolished? They obviously relied on information from the facilities department recommending demolition.

If the demolition of the historic O’Hair house is any indication, President White’s statements that DePauw and Greencastle need to work together seem hollow, disingenuous and one-sided. Being a transplant herself, she has no historical connection to the area, which indicates to me that those in the community who do know its history should be listened to and not ignored as DePauw continues to do.

I only hope this is a wake-up call to the community and City Council ­— and most of all DePauw.