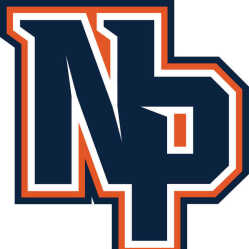 Putnam County rivalry games always have an elevated level of emotion, but not always the cleanest contests. The Cougars defeated the Clovers in three sets 25-22, 25-15, and 25-22 in an error-filled contest.

“Tonight, was not our best effort. We played a lot of against ourselves,” North Putnam head coach Jenny Herron said as her team improved to 13-8 overall and 6-2 in conference action.

The two teams were playing for the second time this season as North won the semi-final contest of the Putnam County tournament in two sets just under two weeks ago though Thursday’s game was more competitive from the Clover standpoint according to head coach Paige Glassburn.

“We were a lot more competitive tonight than we were against them earlier. I told the girls that we are trending in the right direction,” Glassburn said as the loss dropped the Clovers to 1-16 on the season and an 0-7 record in the WIC.

North opened the contest with a couple of quick points on a Cailee Riggle kill and an Alexa Stiff ace, but some errors opened the door for the Clovers to get back into the contest and later in the set an Andrea Nees kill pulled the Clovers with three points at 12-9.

Both teams struggled with errors until a pair of points by Emily Mann of Cloverdale and a kill by Lillie Jones tied the score at 19-19. North was able to pull away late thanks to net scoring by Phoebe Fouts, Stiff and Saylor Carrell and finish the contest with the 25-22 victory.

“It was disappointing with some of errors because we played so well against Sullivan (a 3-0 WIC victory on Saturday). We got Phoebe (Fouts) going and were really playing well,” Herron said of the Cougars.

Both teams battled early in the second set, but the Cougars reeled off a 9-1 run behind Fouts at the net and Jeter from the back line, taking a commanding 23-11 lead before finishing the set with a Carrell kill and 25-15 victory.

“We talked to the girls about having to play more than just two sets a night. The second set we kind of lost our way,” Glassburn said.

The third set looked like the Cougars would run away with it early as Daigle had three-straight aces led North to a 9-4 lead, but Mann got hot again for Cloverdale and scored on two blocks and a kill while Nees had a nice directional spike to tie the score at 9-9.

The score remained tight with the Cougars maintaining a one-point lead until Yasmin Sorter put the Clovers up 17-15 with a kill and an ace. North rallied from a timeout and scored four-straight points to take a 19-17 lead.

Despite a Hailey Caulkins kill to keep the game close, the Cougars would finish the match with another Daigle point and a Stiff kill for the 25-22 third set victory and the match.

“Emily (Mann) played really well. I coached her in middle school. She has improved so much and is so key for us. Hailey (Caulkins) got some more touches tonight which is important for us,” Glassburn said as her Clovers will try and pick up a win on Monday as they travel to Parke Heritage.

The Cougars will also play a non-conference matchup at a Wabash River Conference opponent as they travel to Fountain Central on Tuesday.

“It is great to get a win in the county and the conference. We never take a county game for granted. It is always tough, we will work on our game and get better,” Herron said.