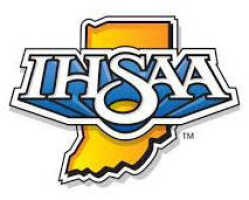 Dresbach shot 93 at the IHSAA Lafayette Jeff Regional held at Battleground GC. The other qualifiers from the Attica Sectional, Southmont’s Addison Meadows and Covington’s Sydni Crain, shot 74 and 83 respectively; Meadows was the second individual to qualify for the IHSAA Girls’ Golf State Finals and finished fourth overall.

The victorious Knights had four of the top five low scores on the day, led by Medalist Lydia Bauersfield, who beat out teammate Ashley Kirkland for the honor after both shot 72.

Advancing as individuals from the Regional were South Knox’s Trinity Dubbs, who was third overall shooting 75, and Jasper’s Emma Ruxer, who shot 79.

Greyhound Claire Swathwood took medalist honors shooting 68 with Elizabeth Mercer of Western finishing second on 71 and Shamrock Sam Brown finishing third on 72; Mercer advanced to the state finals as the first low score without a team.