Cloverdale's depth to be a key asset 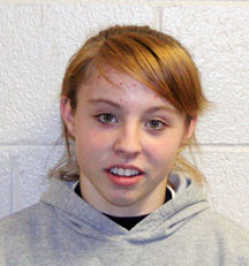 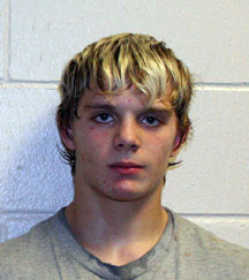 CLOVERDALE -- Wrestling coaches are a different breed from other coaches in that they are often excited by uncertainty at the beginning of a season. Many wrestlers competing for positions in few weight classes may put a lineup in flux, but it also guarantees some heated competition and some intense preparation.

"We're not sure how things are going to work out. We've got some experienced guys that are probably looking at the same weight classes," Cloverdale coach Brian Siddons said. "Somebody's probably going to have to go JV who would have been varsity before, which is a good thing for us.

"Guys are really pushing each other to try and make those weight classes," he continued. "When the room's full you get a lot more energy in there and they work a lot harder."

Siddons' team looks like it will be two, and in some cases three, people deep at most weight class. Only 130 lbs. is questionable, but the coach is confident this will soon be filled.

With individuals, the exact weights are sometimes up in the air in the early going. Wrestlers come back having grown since last season, and therefore move in classes. Siddons did have a few wrestlers he wished to emphasize.

"Ben Sanders is probably our first guy," Siddons said. "He's a senior this year. He's got a lot of experience and has been wrestling for a long time. He wrestled in a tough weight class last year and did well. He's coming back in the same class this year."

In light weights, the Clovers have one female wrestler out for the team again this year in Brittney Hughes. Siddons look for Hughes to continue the success she had last season.

"Zak Osburn, as a freshman at 130, was putting seniors on their backs last year. He couldn't finish them, but he wrestled some tough seniors last year," Siddons said

Among other returnees, Zach Waycott will likely wrestle at 140, Todd Rightmyer at 152 and Lee Secrest at 160.

Overall, the Clovers have a number of wrestlers coming back with experience, having lost just three seniors last season.

"We should have some experience, but we've also got a lot of young guys in there," the coach said.

With a good-sized team in place, the Clovers will turn their sights on some bigger goals once the weight classes are settled.

"Probably our two biggest goals are to win the county and conference," Siddons said. "We've been really close the last year or two and we really feel like we should be able to step in there. We feel like it's ours for the taking, but there are a couple of decent teams in there that we're going to have to get past."

With their high goals, the Clovers are off to a positive start with what Siddons has seen in early practices.

"So far they've been working really hard," the coach said