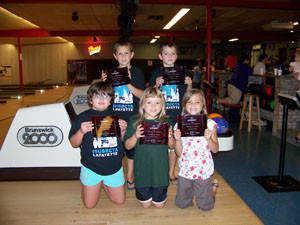 Bowlers Ray Stinson and Kenny Buchanan placed 3rd in their doubles event and won $100.00 scholarships to use toward their college expenses.

The duo of Brody Downey and Caleb Phillips placed 4th in their doubles event.

Alex Alleys has released the standings for its leagues as of Nov. 15.