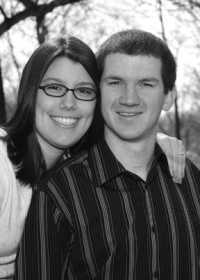 Brooke Perkins, Roachdale and Brent Griffin, Evansville plan to be married May 10 at 2 p.m. at the Roachdale Christian Church with Don Williams, Evansville, officiating.

Perkins is the daughter of Bill and Debbie Perkins, Roachdale. She is a 2003 graduate of North Putnam High School and graduated from the University of Southern Indiana in May 2007.

Griffin is the son of Pat and Marcee Griffin, Evansville. He graduated from Signature School, Evansville in May 2003 and from the University of Southern Indiana in December 2007.

A reception will follow the ceremony at the church.