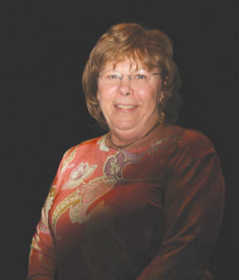 The auditorium in Greencastle High School's McAnally Center has a new name -- a tribute to a retiring teacher who has spent much of her career nurturing the creative talents of her students there.

At the close of an academic awards ceremony Friday night, the venue was officially christened Parker Auditorium for Vickie Parker, an English and drama teacher.

"The school board really wanted to do something special to honor Vickie," said GHS principal Jim Church.

Parker was surprised by the gesture.

Parker has a sentimental attachment to the theater that now bears her name.

"I directed my first show for the Putnam County Playhouse in that theater," she said. "It was 'My Fair Lady.'"

Church said Parker would be missed greatly at GHS.

"She has been invaluable to this school," He said. "She's led the school improvement effort. You name it, this lady will take any job and do it well."

"You can ask anyone on the street, and they would all have something nice to say about Vickie," he said. "This is a woman who truly has the respect of an entire community. I challenge anyone to find someone to say something negative about her. She is the most outstanding educator I have ever worked with."

"She gives everyone her total dedication," Church said.

Parker's students were always willing to do whatever she asked of them.

"This last fall, she did a theater production ("High School Musical"), and it was a packed house for three nights and a Sunday matinee," Church said. "Students of all kinds were in that show … the top academic students, the sports stars. When you can get athletes onstage and have them singing and dancing … that's someone special."

Teaching theater has been one of Parker's truest joys.

"Theater teaches kids as much about life as it does about being onstage," she said.

Parker has mixed emotions about retiring.

"It's bittersweet," she said. "I know it's time. I always wanted to leave while I still loved it.

"And of course, it's the same old story every teacher who retires says," she continued. "I'll miss the kids."