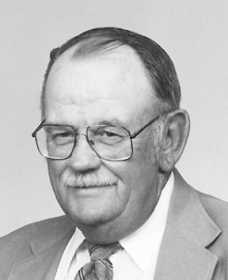 He graduated from Brazil High School in 1952 then attended Indiana Central College, now the University of Indianapolis.

On July 24, 1954 he married Ramona Clarke. Alfred worked for IBM in Greencastle for 30 years, retiring in 1987. As a retirement career he enjoyed working as a fishing guide at Dale Hollow Lake in Tennessee.

He was a member of Union United Methodist Church. He enjoyed fishing and hunting, traveling, vacationing with his family and watching his grandkids ball games.

He was preceded in death by his parents, wife, and brother Rex.

Services will be at Lawson-Miller Chapel, Wednesday, June 11, 2008, at 11 a.m. with Pastor Dennis Alstott officiating. Burial will follow at Union Cemetery.

Visitation will be at Lawson-Miller Chapel, Tuesday, June 10, 2008, from 4-8 p.m. To light a candle in his memory visit www.frenchfuneralhome.com