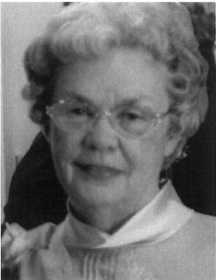 Mrs. Avery was a 1952 graduate of Haddon Heights High School in New Jersey. She lived in Greencastle from 1977-2000, during which time she worked at DePauw University as a secretary. She retired from there after 10 years of service. She worked 32 years as a secretary for the Haddon Heights School system in New Jersey and South Putnam Schools. She also worked as a real estate agent for Century 21 Allee Realty in Greencastle.

She was a member of First Presbyterian Church in Frankfort and worked as a "pink lady" at Putnam County Hospital. She was a former member of Greencastle Christian Church.

Additional survivors include a daughter, Lynne Brinkley and son-in-law Brian, of Frankfort; a son, Kenneth Grundlock and daughter-in-law Tammy, of Coatesville; a stepson, Stephen Avery and wife Mary Ann, of Indianapolis; a stepdaughter, Patricia Flynn and husband Peter, Gallatin, Tenn.; a brother, Alfred Page Jr. and wife Dorsey, of Greencastle; and eight grandchildren.

She was preceded in death by her parents, first husband and a daughter, Susan Grundlock.

Services are 1 p.m. Thursday at Greencastle Christian Church with calling at 11 a.m. Pastor Mark Miller will officiate the service. Burial will follow at Forest Hill Cemetery in Greencastle.

Memorials may be made to the Memory Care Unit at Wesley Manor.

Online condolences may be made at gendafuneralhome.com. Genda Funeral Home in Frankfort is handling arrangements.