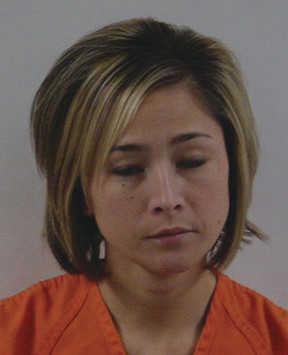 Tammy Y. Mitchener, 32, of Roachdale is accused of creating a dummy corporation through which she allegedly filtered ONT funds to herself. She pled not guilty to both charges Tuesday afternoon, and was released after posting 10 percent of a $10,000 bond. Her first pretrial conference is set for 9 a.m. on Jan. 22.

"Representatives of Old National Trail came to see me last Wednesday afternoon with some real concerns about a possible theft by their treasurer," said Putnam County Prosecutor Tim Bookwalter. "I called Scott Stockton of the Indiana State Police and asked him to investigate these concerns. He worked the case through Thanksgiving weekend, and brought me probable cause for an arrest Monday afternoon."

"During her tenure there, Tammy Y. Mitchener created a false company identified as P.C. Technologies," Stockton's affidavit of probable cause said. "She issued checks to this false company for services allegedly rendered, and payments were due indebted by Old National Trail."

Mitchener would then take the issued checks and deposit them into an account she created at North Salem State Bank and would later move them into her personal checking account using online banking services, the affidavit said.

Mitchener last attempted to deposit a check made payable to P.C. Technologies on Nov. 26, court documents said. That check was for $7,044.33, and she allegedly tried to deposit part of the check and take $2,000 in cash.

"Representatives of the bank did not execute this transaction due to the fact that they had been made aware on Nov. 25, 2008 by representatives of Old National Trail that P.C. Technologies was a bogus company that payments had been going to," court documents said.

Stockton met with Mitchener on Nov. 26. Court documents said she confessed to committing the crimes at that interview.

"Tammy Y. Mitchener related that she and her husband had endured financial problems recently and she was solely responsible for her actions and that the account of P.C. Technologies was an attempt for her to obtain monies from Old National Trail without detection," Stockton's report said.

Mitchener is alleged to have written a total of 24 checks to herself.

This is not the first incidence of a treasurer funneling funds from ONT.

In September 2003, then-treasurer Cynthia Pienta was charged with taking nearly $60,000 from the organization between Oct. 1, 1998 and Sept. 18, 2002. Pienta spent the funds on cosmetics and computer equipment.

Pienta was originally charged with 13 counts of Class D felony theft. Under the terms of a plea agreement, she pled guilty to one charge and was sentenced in September 2004 to three years with all but six months suspended. With credit for two days served and Indiana good time credit, she was released from jail on Dec. 5, 2004.