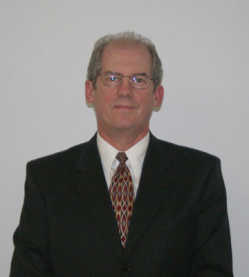 The Greencastle Community School Board held a special public meeting Monday at which it took action on the hiring of a new principal for Greencastle High School.

Following a hiring process that attracted 16 applicants, superintendent Dr. Robert Green recommended to the board that it hire Randy Corn as the new GHS principal.

The board approved the measure by a 4-1 count, with Kelly Lewis casting the dissenting vote.

Corn is currently the assistant principal at Brownsburg High School, a position he has held for seven years.

Green prefaced the vote by explaining a bit about the process. The 16 applicants were initially narrowed to six. Next, a committee of made up of teachers, administrators, parents and school board members chose two finalists.

Green had to choose the one candidate to recommend to the board.

"While it was a tough job for [the committee], it was also a tough job for me to narrow it down to one -- to find the person who could best lead Greencastle High School."

Board member Jack Berry, who was on the committee, quickly moved to accept the recommendation.

"I thought it was enlightening and effective process. It worked well, and I concur," Berry said.

His move was seconded by Bruce Stinebrickner and the motion carried.

After the meeting, Green reflected on the job Jim Church has done as principal at GHS, saying Church has stabilized the situation at the school and done much to strengthen the school. He said he thought Corn would continue to build upon the foundation he inherits.

"I think Mr. Corn will step in and take us further," Green told the Banner Graphic.

Corn has been an educator for 25 years, all of them at BHS. Prior to becoming assistant principal, he spent 18 years as an English teacher.

He told the board that he began seriously thinking about leaving Brownsburg in October or November. Although the job was not open, GHS was at the top of his list.

"It just so happened that Greencastle was first on my list. When the position opened up, I was very excited," Corn said.

Corn and his wife Cindie live in Amo. She is an instructional assistant at Cascade. They have two grown sons.

"I'm looking forward to working with Greencastle," Corn said. "I'm hopeful that I'm up to meeting the challenge."