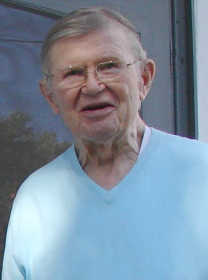 Rick Bingham, 84, passed away early Saturday morning, Dec. 5, 2009 in Greencastle. Born in Wellesley Farms, Mass. to William John Bingham and Florence Patee Bingham, Mr. Bingham was a descendant of Mayflower Pilgrims John Alden and Priscilla Mullins Alden. Mr. Bingham's antecedent Professor Nehemiah Losey came to Illinois in 1836, surveying and laying out the town of Galesburg, Ill. before co-founding Knox College in 1837. Mr. Bingham's antecedent John Patee founded the Patee House Hotel in St. Joseph, Mo. in 1858. Patee House is a National Historical Landmark for having served as the headquarters for the Pony Express beginning in 1860.

Prepared at the Noble and Greenough School in Dedham, Mass. where he was class president for five years, Mr. Bingham graduated from Harvard University in 1947 and was a member of the Owl Club.

Mr. Bingham attended the summer games of the 1936 Olympics in Berlin when his father Bill Bingham was manager of the U.S. Track and Field Team. Bill Bingham (Harvard '16) was the former U.S. record holder in the half mile and served as Harvard's director of athletics for 25 years. Ignoring and overcoming Adolf Hitler's inhospitable treatment of Jewish and African-American U.S. athletes, Mr. Bingham's team won 56 medals for the U.S., including four gold medals won by Jesse Owens.

As a schoolboy in the Boston area, Mr. Bingham joined his classmates on the playground to watch the Hindenburg Dirigible pass overhead on its way to a disastrous crash at Thompson Naval Air Station in Lakehurst, N.J. on May 6, 1937.

Mr. Bingham was a decorated United States Army combat veteran of World War II, serving in an artillery company as part of General Alexander Patch's Seventh Army. Mr. Bingham entered Southern France in August 1944, drove through the Rhone Valley and across the Rhine River, and attacked the German Siegfried Line before entering Southern Germany. After the war, Mr. Bingham served in a United States Army Intelligence unit in Berlin. Mr. Bingham was a member of the Veterans of Foreign Wars and American Legion Posts of Greencastle. 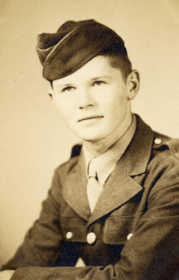 Remaining a fit and avid outdoorsman long after retirement, Mr. Bingham logged over 15,000 walking miles at DePauw University's Blackstock Stadium, on DePauw's campus and on the sidewalks of Greencastle.

The Rev. Alan Small will conduct graveside services Sunday at 2 p.m. at Forest Hill Cemetery in Greencastle. Friends are welcome to attend.

Calling will be at Bittles and Hurt Funeral Home Saturday from 3 to 7 p.m.