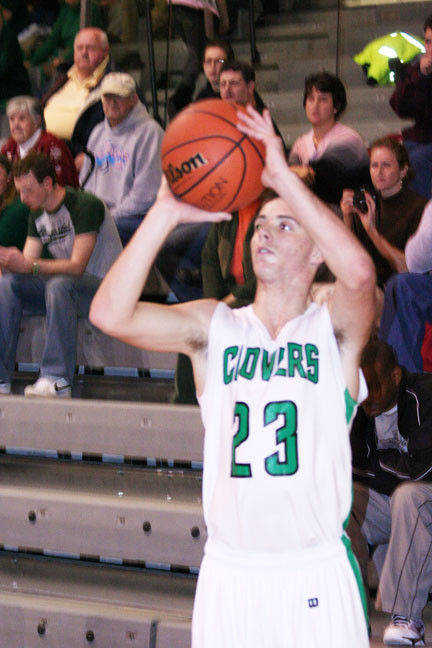 CLOVERDALE -- Not only was it raining outside Cloverdale's gym Tuesday, it was raining inside as well. The host Clovers defeated Eastern Greene 74-61 behind an impressive 61-percent shooting performance, ending its two-game skid.

The Clovers shot 28-of-46 from the field, including going 9-of-15 from beyond the arc. Brandon Moon led the way with 26 points, followed by Jordan Hayden with 13. The duo also combined for nine three-point baskets on the evening.

"After two tough losses, to come back with this kind of effort and desire, really speaks volumes of the character of this team. I'm very proud of them," Cloverdale head coach Pat Rady said. 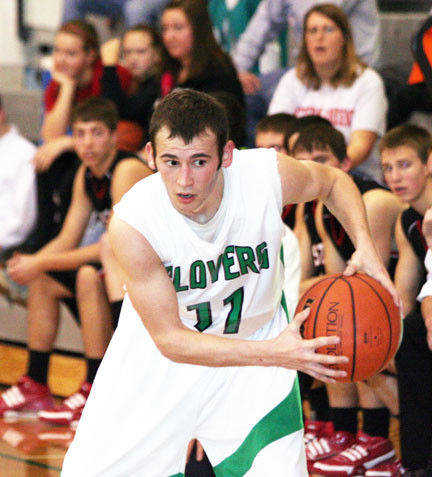 After suffering two straight losses, Cloverdale match the Thunderbirds point-for-point in the opening quarter and would take a halftime lead of 36-31, with Moon scoring 14 in the half and Hayden chipping in nine.

The shatterpoint for the Thunderbirds came in the third quarter when Cloverdale threw down 24 points to Eastern Greene's 10 and extended their lead to 60-41 heading into the final quarter.

The Thunderbirds began to pressure the Clovers, who simple eyed the defense, dissected it and went to work. They also added some pressure of their own on defense, keeping Eastern Greene stymied all quarter.

In the final quarter, Cloverdale was able to maintain its lead, with the Thunderbird only able to chip away at it late in the quarter.

Powered by Salter's eight points, Cloverdale converted six-of-eight from the field and came away victorious 74-61.

The Clovers spread the offense, but for anyone who has seen the them this season, this doesn't mean they aren't looking to score. Jason Salter had 10 points in the game, eight of which came on layups out of the spread offense. Rady was also pleased with how his team passed out of the offense, as they racked up 24 assists on the night. In the coach's words "The ball had eyes."

Cloverdale will next be in action at the Graber Post Buildings Classic against Washington Catholic Monday.

Next game -- Cloverdale will next be in action at the Graber Post Buildings Classic against Washington Catholic Monday.