GREENCASTLE -- Moore's Bar in downtown Greencastle has confirmed the controversial "Girls Gone Wild Bus Tour" will be at the bar on April 21. 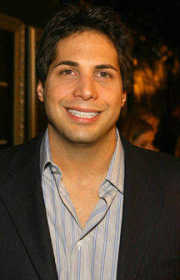 The "Girls Gone Wild" franchise is a video series produced by Joe Francis and Mantra Films. Cameras follow young women into bars and clubs and offer them franchise clothing if they expose their body on camera or engage in sexual activity on film. The tour group crosses the country attending over 400 live events a year.

The event is standing room only and bar owner Carolyn Hammond will have to remove most of the seating for the event.

While this is not a DePauw University sponsored event, many staff and students are concerned with issues that often arise from the tour.

"I'm not sure why they decided to come to DePauw. We think it's probably because of the rankings we've had in the Princeton Review," said a group of eight students eating at the Monon Diner Friday evening.

DePauw was named as the nation's No. 15 party school and No. 15 for beer--drinking by the Princeton Review in their last rankings issue.

"Yeah, people party, but not like at IU or some other schools. We do a lot of good things at DePauw. It would be a shame for people to overlook all the positive things here just because 'Girls Gone Wild' decided to come to Greencastle," added several of the coeds.

Ken Owen, Director of Public Relations with DPU acknowledged that the event is a private venue and hopes students will make smart decisions.

"It's a free country, but there are many, many, many venues which a person can express themselves. People don't consider before they do things that video images last a long, long time. Some will be out there for an eternity," Owen said.

"Once Pandora's out of the box, you're not getting her back in. Carefully consider the long range implications of things that seem innocent and cute at the time," advised Owen.

Joe Francis is himself a highly controversial producer who has been arrested numerous times for sexual assault and tax evasion. He was most recently sued by Wynn Resorts for non-paid gambling debts.

In 1997, at the age of 24, Francis founded Mantra Films, Inc. He grew his company after discovering he could film college-age women "going wild," including baring their breasts for the cameras at spring break destinations and other locales.

Mantra has become a company with over 30 employees and has recorded sales in excess of $10 million per year, but their success has come with much controversy.

In 2002, Becky Lynn Gritzke discovered that she had been covertly filmed flashing her breasts at a Mardi Gras festival and that the image had been used without her permission on billboards advertising "Girls Gone Wild" videos and on the cover of a video. She sued Mantra Films and settled for an undisclosed sum under an agreement according to which GGW agreed to cease distributing all material bearing Gritzke's image

In an incident at Panama City Beach, Fla., during spring break 2003, Francis was arrested and then released on a $165,000 bond. He was initially charged with 71 separate counts, including racketeering, drug trafficking and child pornography. Police confiscated his private jet and other property.

On March 12, 2008, Francis was convicted on child abuse and prostitution charges after pleading no contest in a plea bargain. He also pleaded guilty to charges related to having contraband in his cell during the time he was held in jail. He was sentenced to time served (339 days) and more than $60,000 in fines and costs.

On March 25, 2008, four women filed suit against him in Florida for filming them while underage, with one girl claiming she had been 13 when filmed.

Claire Hoffman reported in an article in the Los Angeles Times that Francis had pinned her against a car and twisted her arm when he was reenacting an incident he had with police in Panama City. Police had to separate Francis from Hoffman.

Other controversies include allegations of conspiracy to use minors in sexual performances. A 2006 Los Angeles Times interview mentions accusations of aggression toward women including repeated harassment and referring to them by epithets for the female genitalia, a death threat, and a rape accusation that Francis contested.

Francis is being sued by the Wynn Las Vegas casino for $2 million in gambling debt from February 2007. The lawsuit was filed on June 27, 2008 in Clark County District Court. In court, Francis constantly pleaded the Fifth Amendment.

The judge in the case ruled that Francis was liable for the entire $2 million, calling the producer's conduct "the most ridiculous exercise of the Fifth Amendment I think I've ever seen

On April 11, 2007, Francis was indicted by a federal grand jury in Reno, Nevada on two counts of tax evasion.

Francis was charged with filing a fraudulent corporate tax return for a company for which he allegedly is the sole shareholder. The United States Department of Justice asserts that Francis claimed over $20 million in false business deductions on his corporate tax returns during 2002 and 2003.

At a hearing on July 21, 2008, Francis pleaded not guilty to felony tax evasion. Francis' attorney said that tax returns for the businesses were prepared and filed by a former corporate accountant without being shown to Francis.

On Feb. 2, 2009, Francis was arrested for failing to attend his court hearing. The following day, he was released to home detention and electronic monitoring on the grounds that he was too sick to attend the hearing.

In September 2009, Francis pleaded guilty to filing false tax returns and bribing Nevada jail workers. The plea agreement reportedly requires him to pay $250,000 in restitution. He would receive credit for the time he has served in jail, and would be subject to one year of supervised release.

Despite the controversy and worries about "Girls Gone Wild" coming to town, there are those who are fans and are looking forward to the group's visit. Most appear to be young men who plan to attend the event.

"Sure, I'll go. Why not?" said one DePauw student who asked not to have his name used. "It'll be a good time for me and the brothers."

Several of his "brothers" agreed, stating they planned to be at the event on April 21.

Comments
View 77 comments
Note: The nature of the Internet makes it impractical for our staff to review every comment. Please note that those who post comments on this website may do so using a screen name, which may or may not reflect a website user's actual name. Readers should be careful not to assign comments to real people who may have names similar to screen names. Refrain from obscenity in your comments, and to keep discussions civil, don't say anything in a way your grandmother would be ashamed to read.
Respond to this story