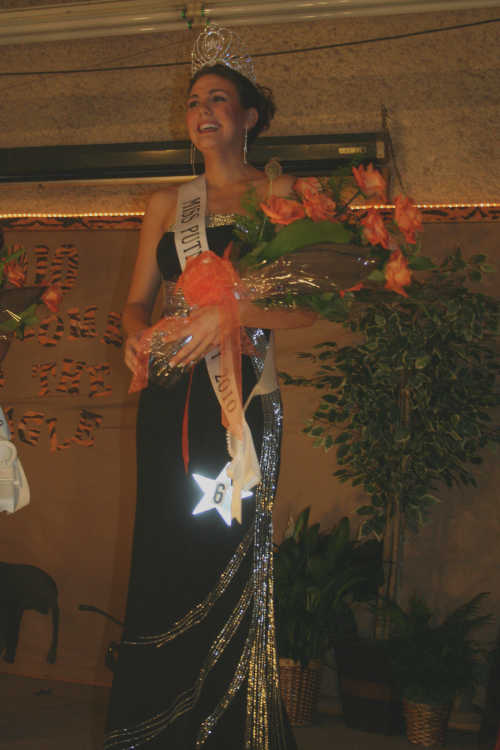 Stephanie Berry was crowned 2010 Putnam County Fair Queen. A brief power outage during a thunderstorm Saturday evening couldn't spoil the moment for each of the seven contestants. Twenty-year-old Berry said she felt blessed to be named queen and can't wait to serve the county she loves. Other members of the 2010 court include first runner-up Dakota Parent, second runner-up Elizabeth Wiley and Miss Congeniality Megan Havens. Read a complete story of the pageant in the Monday edition of the Banner Graphic.