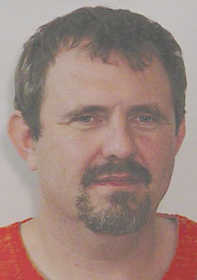 GREENCASTLE -- A change of plea hearing for a former local insurance agent charged with multiple felonies connected to his business dealings has been pushed back to November.

An arrest warrant for Bradley K. Buchanan, 44, of Greencastle was issued through Putnam County Superior Court on Nov. 12. At an initial hearing on Nov. 16, Buchanan was charged with one count of Class C felony corrupt business influence (more commonly known as racketeering) and four counts of Class D felony theft.

Buchanan pled not guilty to all charges at that hearing.

Buchanan's bond was originally set at $25,000 cash only. Judge Charles Bridges ruled on Nov. 18 that he would allow Buchanan to be released if 10 percent of the bond was posted, provided Buchanan was hooked up to electronic home monitoring.

On June 14, Buchanan's attorney, Darrell Felling, filed a motion to set for change of plea, and a hearing was set for Wednesday. That date was subsequently continued to Nov. 29.

Buchanan was arrested at the culmination of a nearly yearlong investigation conducted by the Indiana State Police in cooperation with the Indiana Department of Insurance, which had received complaints about Buchanan's business, Buck Insurance of Bainbridge.

According to court documents, investigators found evidence that Buchanan had taken payments from several customers, but had failed to start insurance policies for them. Court records allege that Buchanan provided these customers with bogus policy numbers so they would believe they were insured.

One of Buchanan's customers was under the assumption she had insurance on her business through Buchanan, only to discover she had been running her business for a year without insurance.

Buchanan did return that payment to that customer, court records said.

Buchanan incorporated Buck Insurance in 1991, and opened the Bainbridge office in 2008.

At the time of his license suspension, Buchanan said he was "blindsided" by the investigation.

If convicted on all counts, Buchanan could be sentenced to up to 10 years in prison.