The duo joins Pastor Bobby Hopper on the staff. 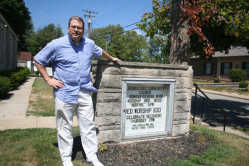 Brankel has been in the ministry full time for 17 years. He has previously served as senior pastor for five years at a church in Winslow, Ariz., six years in Rudoso, N.M. and two years in Cortez, Colo.

Most recently, he and his family were in Brankel's hometown of Tucson, Ariz., before coming to Greencastle to join longtime friend Hopper.

"Bobby and I have been friends forever," Brankel said. "When my twins were born, he was my youth pastor in Houston."

He began his pastoral studies at Southwestern Assemblies of God University in Waxahatchie, Texas, and finished at Global University in Springfield, Mo.

Although this post brings him further east than he's worked in the past, Brankel said the kind people have made the family feel right at home.

"We've met lots of nice people," Brankel said. "Everybody I meet is just as friendly as they can be."

As the associate worship pastor, Brankel leads the music service along with his wife, who plays piano. He said their goal is to build teams and make leaders out of congregation members.

"My philosophy as a worship pastor is to work myself out of a job," Brankel said.

Through this "organic growth ministry," the goal is for people not only to be blessed through worship, but to bless others.

"When you turn around and bless other people, I think that's what the message of Christ is all about," Brankel said.

Pastor Brankel can be reached at stacybrankel@yahoo.com 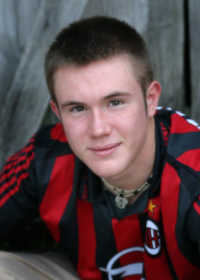 Like Brankel, Wyant came to his post at Lifebuilder through a previous relationship with Hopper. The 2008 DePauw graduate knew Hopper from his days in Greencastle.

Now a student at Trinity Evangelical Divinity School north of Chicago, Wyant still returns to Greencastle each weekend to visit his girlfriend, a senior at Depauw.

They began attending Lifebuilder together last fall, and an opportunity arose from it.

"I have to do different field education work with churches for my degree," Wyant said. "I thought it might be good to do that with Bobby, since I have a good relationship with him. We got that going last semester."

At the end of the semester, though, Hopper had something bigger in mind, asking Wyant to work with the youth of the church.

"I've got a passion for the kids," Wyant said. "I really see them as the up and coming generation of leaders. But, more importantly, I really think that as they're children, that's the time when they're really shaped and they're really under the influence of a lot of different factors. I think that's the time they really need the most ministering, help and guidance. You see statistics of people going off to college, and at least 50 percent turn away from their faith going to school."

For Wyant, the experience was quite the opposite. He came to DePauw with thoughts of med school. A single philosophy class in his first semester changed his mind. During second semester, things changed further.

"It was during that second semester that I really felt God calling me into ministry," he said. "It was really nothing that I would have ever expected to do, but He put it on my heart that, 'This is where I gifted you and this is where I want you.'"

Wyant's focus at divinity school is pastoral ministry and preaching, which will lend itself nicely to Wyant's goal of someday becoming a senior pastor.

"I'm hoping to pastor a congregation someday and work my way up to senior minister," he said.

Pastor Wyant can be reached at zjwyant@tiu.edu.