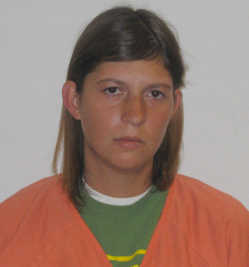 GREENCASTLE -- A Greencastle woman who has coached a local softball league for girls 14 and younger and served as a substitute teacher at local schools was booked into the Putnam County Jail Wednesday, charged with Class D felony sexual misconduct with a minor and Class A misdemeanor contributing to the delinquency of a minor.

Elizabeth Anne "Beth" Rossok, 20, of Greencastle turned herself in to authorities. She is being held without bond at the Putnam County Jail pending arraignment. No arraignment date has been set.

The charges against Rossok were filed on Tuesday. According to her attorney, Todd Sallee, his client attempted to turn herself in that day, but was told a warrant for her arrest had not been issued.

The warrant was requested by the Putnam County Prosecutor's Office on Tuesday, but was not signed by a judge until Wednesday.

An investigation into possible criminal sexual activity by Rossok began on Sept. 24. The investigation was launched after the Putnam County Department of Child Services received a tip that Rossok might be having a sexual relationship with a teenage girl.

According to court records, the alleged victim told authorities she met Rossok in May of 2009, when Rossok was coaching the girl's softball team. The alleged victim said she began a romantic relationship with Rossok, and that by August 2009 they were "kissing and making out."

The relationship continued to escalate and became sexual in nature, the alleged victim told police. The girl said the last time she and Rossok had sexual contact was a couple of days before the investigation began. The alleged victim said most of her encounters with Rossok took place at Rossok's apartment.

The girl told authorities that she and Rossok used several forms of communication, including cell phone text messaging, computer instant messaging and online social networking sites such as Facebook. She also said the two had written letters to each other.

The alleged victim said her cell phone contained images of her and Rossok in romantic situations, so the phone was seized as evidence.

Police obtained a search warrant and also seized Rossok's cell phone, which court records said contained an image of a female believed to be the alleged victim lying on the floor watching television, and that the television had a pornographic image on the screen.

The alleged victim told police that she had consumed alcohol with Rossok on several occasions. Because Rossok was not old enough to purchase alcohol, court documents said, Rossok's roommate admitted she had purchased the alcohol at Rossok's request.

According to court documents, many people, including the alleged victim's parents, had questioned the girl's relationship with Rossok.

School officials were contacted, and it was confirmed that Rossok, a 2009 South Putnam High School graduate, served as a substitute teacher at Putnam County schools six times last year.

Comments
View 66 comments
Note: The nature of the Internet makes it impractical for our staff to review every comment. Please note that those who post comments on this website may do so using a screen name, which may or may not reflect a website user's actual name. Readers should be careful not to assign comments to real people who may have names similar to screen names. Refrain from obscenity in your comments, and to keep discussions civil, don't say anything in a way your grandmother would be ashamed to read.