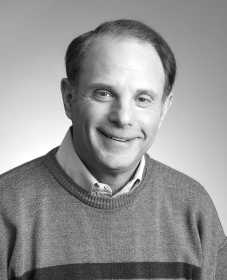 My wife heard a news segment on TV about doctors' concerns that certain cholesterol-lowering drugs might be responsible for causing memory loss. Mary Ellen asked me if I was aware of this, but before I could give her some wise-guy answer, she issued one of her patented humor warnings: "Dick, you are not allowed to say that you used to know it, but once your LDL went down, you forgot it. And please don't try to make some stupid joke that ever since you started taking Lipitor, you forgot that double cheeseburgers were bad for you.

This medical report was just another bleak reminder that sooner or later everything we once thought was good for us is found to have negative side-effects. First coffee was good for me, then it was bad for me. It was enough to keep me up at night. How about wine? Good for your heart, but bad for your liver. It's driven me to beer. Obsessed with finding one thing I could safely ingest, I decided to be a total yahoo and search the web by entering:

ARE PEAS BAD FOR YOU? Here's the first site that that came up:

"According to researchers, peas are responsible for suffering and possible deaths. The gas produced by the stomach...poisons your system by steadily reacting with the natural acidity of the body, resulting in bloating. Digestive problems get steadily worse and this is linked with bowel cancer." I wish I had known all this when I was five years old. I used to tell my mother that the peas were "yucky." Not nearly as persuasive an argument.

I tried another: IS SPINACH BAD FOR YOU?

"Spinach contains oxalic acid that binds calcium, so if too little calcium is eaten with spinach it will take the mineral from your bones, thus causing osteoporosis." Now, I've eaten fresh spinach, spinach out of a can and frozen spinach. They always include some fancy shmancy recipe to camouflage what it really tastes like, but you never see a label for the side effects of spinach. Where's the FDA when you need them? Probably wasting time trying to keep arsenic out of apple juice.

There had to be something that was safe to put in my system. Of course: saliva. What could be safer than my own saliva. Or so I thought...

"It is toxic to the brain and can have a hallucinogenic effect," said one site. Oh, no! Now they tell me, after all these years? I printed the article and raced up from the basement to show Mary Ellen.

"Why are you showing me this, Dick?"

"Saliva! It's dangerous. Read the article. You're in charge of my health. Why did you never mention this?

"Dick, that's not an article about saliva, you must have typed in SALVIA, which is a psychotropic drug. Didn't you think it was a little odd that they said saliva was unsafe?"

"Well, I did find it a little hard to swallow."

I just went back on line and searched for more information about statins, the class of drugs I have been taking for the past few years. Imagine my surprise to discover statin is used in lingerie and there are even fancy statin sheets. Wait, that doesn't sound right. Maybe Mary Ellen can explain it to me.