He was born May 4, 1924 in Barnard, Ind., the son of Claude Loren and Vernie Jane (Wall) Riddle. He was one of 11 children that he helped raise after the death of his father. 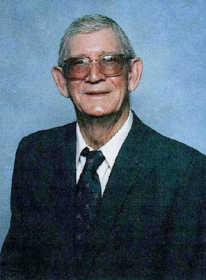 He served in the Army during World War II and lived in Tennessee for several years.

He was lovingly known by friends and family as "the mayor of Bellmore."

He was preceded in death by two brothers, Gene and Charlie, and four sisters, Anna May, Ruth, Alice and Jeannie.

Funeral services will be conducted at 10:30 a.m. Friday, March 16 at Machledt and Servies Funeral Home at Waveland. Visitation will be 4-8 p.m. Thursday.

Burial will be at Old Union Cemetery with military honors given by Rockville VFW and Rockville American Legion.

Online condolence may be made at www.machledtservies.com.