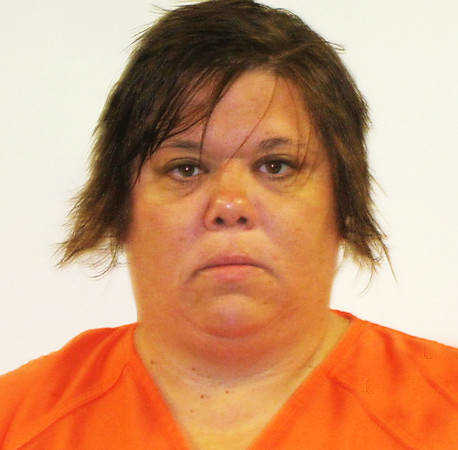 A former salary clerk with one of Greencastle's East Side industrial plants is facing charges of forgery, theft and identity deception in connection with a payroll scam allegedly perpetrated over a five-month period in 2011.

Amanda S. Mills, 41, Brazil, is lodged in the Putnam County Jail on the three felony charges after turning herself in to authorities earlier this week.

According to a probable cause affidavit filed in Putnam Circuit Court, Mills allegedly stole nearly $30,000 from Heartland Automotive Inc., 300 Warren Drive, while she was employed as a payroll clerk for the company between May 1, 2010 and Oct. 31, 2011.

Mills has been charged with:

-- Forgery, a Class C felony, for allegedly writing checks in such a manner that they were purported to have been issued by Heartland Automotive.

-- Identity deception, a Class D felony, for allegedly knowing or intentionally obtaining, possessing, transferring or using the identification information of Heartland employees without their consent.

During an initial appearance Monday in Putnam Circuit Court, Mills entered a not-guilty plea. The court set a pre-trial conference for 10 a.m. Sept. 20 with bond set at $5,000 cash.

Mills, who was terminated by the company for "job performance issues" last Halloween, was ordered to have no contact with officials of Heartland Automotive or any of its employees.

According to Greencastle Police Det. Michael Collins' report, documentation shows Mills used seven different former employees' names to make out bogus payroll checks, which were then deposited in her own personal bank account.

The reported scam came to light when a former Heartland employee contacted the company around tax time to question some payroll information.

He wondered why records indicated he had reportedly received income from Heartland during 2011 when he had not worked for the Greencastle company at all during that year.

When the current payroll clerk looked into the matter, Det. Collins noted, she found that Mills had made out several checks to former Heartland employees. She then reportedly had those checks automatically deposited into her bank account at First Financial Bank.

That discovery led Heartland officials to call in Greencastle Police to investigate.

"Amanda also got into each former employee's personnel account with Heartland and changed their bank account information from theirs to hers," Det. Collins stated in his report.

The defendant also allegedly changed tax withholding figures on the bogus checks she wrote so that the checks would not be taxed as much as required.