A 42-year-old Greencastle man is facing four criminal charges after being arrested inside the Greencastle CVS Pharmacy just before 2 a.m. Wednesday.

Greencastle City Police officer arrested Jeffery E. King on charges of burglary, theft, possession of a controlled substance and auto theft. He was apprehended inside the closed CVS store at 1010 Indianapolis Rd. at 1:57 a.m. 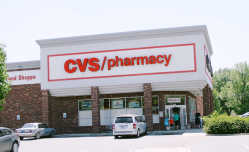 King was lodged in the Putnam County Jail at 3:25 a.m. Wednesday, awaiting an initial appearance in court.

Officer Matt Huffman had already been patrolling in the area and was the first officer on the scene, discovering the front door to CVS ajar. 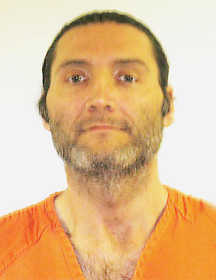 Huffman then advised other responding officers of what he had discovered and entered the store to investigate.

A tall male dressed in black then ran toward the front of the store, Huffman reported.

The officer identified himself and ordered the suspect, later identified as King, to stop. And when King came to an abrupt halt, Huffman noticed the man was carrying what appeared to be a black and red pry bar.

After making several commands to drop the pry bar, Huffman's orders were obeyed and the suspect dropped the metal tool in the aisle.

By that time, fellow GPD Officer Nick Eastham had arrived on the scene and entered the store from the front, where he was able to take King into custody without incident.

During a subsequent pat-down search of King, officers discovered several loose pills in the right front pocket. In all, officers recovered approximately 950 loose prescription pills from his pocket.

Declining to take credit for what certainly appeared to be quick and effective police work, Officer Huffman told the Banner Graphic Wednesday night, "Just in the right place at the right time this time, I guess."

During questioning, King advised officers that he arrived at CVS via unauthorized use of his brother's car, which he left parked at the old East Side Motors/Don's Garage location just east of CVS during his alleged burglary attempt.

At approximately noon Wednesday, GPD Sgt. Chris Jones was dispatched to the storage units at 698 E. Berry St. to investigate a stolen vehicle complaint. The victim reporting that car theft was Chris King of Greencastle.

Sgt. Jones was able to determine during his investigation that the vehicle recovered from CVS burglary scene was indeed Chris King's black 1980 Ford Mustang GT. That led to the additional charge of auto theft that has been filed against Jeff E. King.