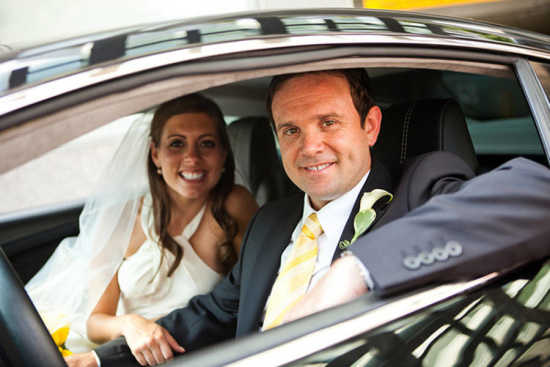 Amanda Winger and John O'Kane were united in marriage on Saturday, June 30 at Le Méridien in Arlington, Va. Dinner, drinks, and dancing followed the ceremony at the hotel.

The bride is the daughter of Rodger and Debbie Winger of Coatesville. The groom is the son of Noel and Rosie O'Kane of Eglinton, Ireland.

Ashley Riggs-Zeigen, sister of the bride, of San Diego, Calif., served as maid of honor. Jake Brady, friend of the groom, of Leesburg, Va., served as best man.