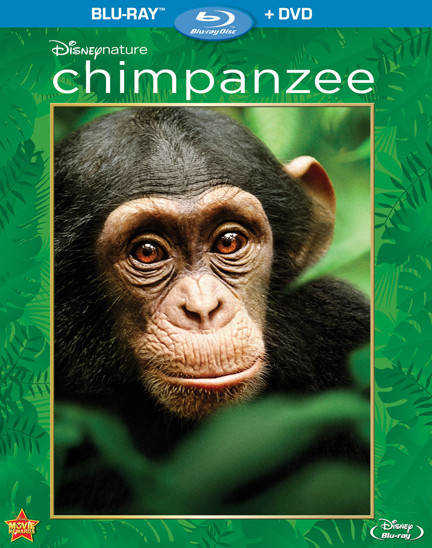 What do you get when cameras follow an orphaned chimpanzee affectionally named Oscar and his struggles to survive and thrive in the West African rainforest?

In the case of Dinseynature's "Chimpanzee," viewers get a documentary that tiptoes between funny scenes as Oscar navigates his new world after losing his mother and the harsh reality that no matter if it be animal or man, survival of the fittest is the law of the land.

Narrated by Tim Allen, "Chimpanzee" is a charming tale that has everything most documentaries would die for. It combines heartfelt moments as the tribe of chimpanzees led by Freddy interacts with each other and form the bonds that make them not only a family and a power within their territory.

There are also tense scenes as Oscar and Freddy are on constant guard of a rival tribe of chimps led by Scar. The two sides tangle more than once in scenes that are disorienting and exhilarating at the same time.

The documentary is beautifully shot and in fact took more than four years to complete. It also has the distinction of having the highest debut weekend for a nature documentary.

In addition to simply bringing awareness about the intelligence and humanity these chimpanzees possess, the film was able to raise money for the Jane Goodall Institute's "See Chimpanzee, Save Chimpanzees" program.

With the DVD release you get three small featurettes but if you want the most bang for your buck, upgrade to the Blu-ray.

The blu-ray is packed with extra goodies. It includes a behind-the-scenes featurette as well as "30 Years in the Making" which documents the efforts of researchers who have been observing chimps for 30 years in the Ivory Coast.

Final Cut: The film clocks in 78 minutes and will be a hit for kids and anyone who loves nature and wants to protect it. It's charming and heartwarming and shows that although we are very different, chimps and humans share a remarkable amount of similarities in their interaction with each other. Also keep an ear out for Allen's trademark Tim "The Toolman" Taylor grunt. Priceless.