Bradlee Albert Strother, of Plainfield, passed from this life to be with the Lord Jesus on Thursday, Dec. 6, 2012, at his home in Plainfield at the young age of 45.

Born July 24, 1967 in Hendricks County, he was the loving son of William H. Strother and Evelyn Jane (Arnold) Strother. 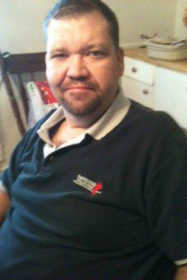 He was a 1985 graduate of Plainfield High School.

After graduating from IUPUI, Mr. Strother served as a longtime worldwide vacation consultant for RCI of Indianapolis, and as a passionate entrepreneur of sports memorabilia, mentoring others in the same interest.

Brad fell ill three years ago and passed after an extended illness.

He was a member of the Christian Church, a devoted fan of Notre Dame football, and the Cincinnati Reds, and an extraordinary collector of professional baseball memorabilia.

He was preceded in death by his father, his brother-in-law, Jon; and a brother, Richard D. Wooldridge.

As the essence of love and compassion, "Albee" (Bradlee) is already being deeply missed by the hearts he touched.

Memorial services will be conducted at 3:30 p.m. Sunday at Bittles and Hurt Funeral Home, Greencastle, with visitation from 3-3:30 p.m. Dr. Billy Strother will officiate.

In lieu of flowers, memorial contributions may be made to the National Kidney Foundation Inc., 30 E. 33rd St., New York, NY 10016 (www.kidney.org).