But unfortunately, such activities have been occurring with more regularity lately, City Police officials say.

While recent incidents likely seem more a product of current economic circumstances and the season at hand than opportunity knocking in local neighborhoods, that doesn't mean they're not disheartening. 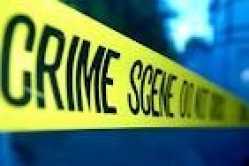 Nonetheless, authorities are warning residents to be on the lookout for any suspicious activity in their areas.

"We've had a rash of home burglaries, which is really rare for us," Greencastle City Police Capt. Randy Seipel told the Banner Graphic.

While all those incidents have taken place during the daytime, the areas in which they have occurred differ drastically.

"Basically, it's been all over town," Det. Seipel said.

For instance, on Monday, authorities were investigating both a reported burglary at an Indianapolis Road location and an attempt at a North College Avenue home.

Previous incidents have occurred recently on Albin Pond Road and East Walnut Street, while a burglary at a Shadowlawn Avenue residence about six weeks ago is also still an outstanding case, Seipel said.

Mostly the brazen thieves are taking jewelry and cash in their daylight burglaries.

And that could be because the intruders might well be traveling on foot in undertaking their nefarious activity.

After all, no one has reported spotting a suspicious vehicle in any of the cases, Det. Seipel said.

Entry to the homes in all cases has come through a door (either unlocked or easy to bust through) or via the opportunistic sliding glass variety.

Seipel urged local residents to report any suspicious activity in their area to central dispatch by calling 653-3155 (and pushing zero for an operator) or by calling 911.

The veteran detective suggested watching for anyone randomly knocking on doors or going house to house in a neighborhood or subdivision.

Other suspicious activity of note might include unusual behavior by a stranger to the neighborhood or anyone walking through backyards who doesn't appear to belong there.

"Don't hesitate to call us," Seipel offered, "and we'll be happy to send someone out to check things out."