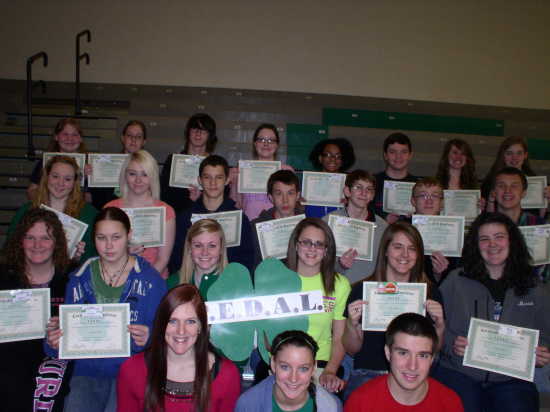 Those students who received this award had to meet criteria for the nine weeks of zero discipline referrals, zero absences and fewer than two tardies for the grading period.

Students are rewarded each quarter with incentives till the end of the school year.

Students received a P.E.D.A.L. certificate and an individual sport pass for their third quarter achievement.

Students will be challenged to gain four P.E.D.A.L.'s, resembling a clover by the end of the year.