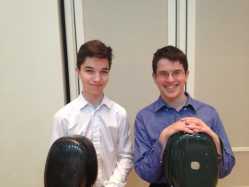 The free July 3 performance is set for 7:30 p.m. in the sanctuary of Gobin Memorial United Methodist Church, located at Locust and Seminary streets.

"I was amazed and inspired when I heard these two young men perform in April," festival founder and organizer Eric Edberg, DePauw University professor of music, said. "I was absolutely blown away by the professional-level technical ability and wonderful music making I heard from both these young men.

"I am thrilled to present these rising young artists in Greencastle," Edberg added. "And I expect the audience will be as amazed and inspired as I was. "

The two young men are students of Susan Moses, perhaps the leading teacher of young cellists in the country, at the Indiana University String Academy.

Edberg said they will be joined at the Greencastle Summer Music Festival by pianist Kati Gleiser.

"While finishing her doctorate at IU," he added, "Kati has already established an international career and is a musician who plays with sensitivity and depth."

As part of the IU string academy, Martins also has performed in Carnegie Hall, as well as in Argentina and Brazil. 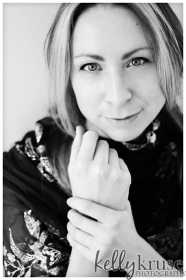 In 2012, he became the youngest musician to ever participate in Harbor Music, The Artur Balsam Ensemble Classes, in Prospect Harbor, Maine. He is a winner of the Cleveland Cello Society's scholarship competition and the Sigma Alpha Iota competition.

This spring and summer he has toured Brazil and Argentina with the Indiana University Violin Virtuosi, and has performed with Augustin Hadelich and Giles Apap at Carnegie Hall.

Gleiser has received international recognition as a pianist, vocalist and electronic musician. She has performed at the Kennedy Center and has been a featured artist on "Performance Today" on NPR.

A national-level prize winner at the Canadian Music Competition and the Canadian Federation of Music Teachers Association (CFMTA) competition, Gleiser was a finalist at the National Chopin Competition. She appears as a soloist with numerous orchestras with recent performances including Prokofiev's 3rd Piano Concerto with the Georgian Bay Symphony and Beethoven's 4th with the Mississauga Symphony.

Gleiser regularly commissions new electro-acoustic piano repertoire. An accomplished singer, her voice formed the electronic component of the piece "Ayin Shel" by the Israeli composer Iddo Aharony, in collaboration with the Grammy-Award winning ensemble The Eighth Blackbird at the University of Chicago (May 2010).