She would have been married 60 years Sept. 13 to Robert J. Thomas, who survives her. 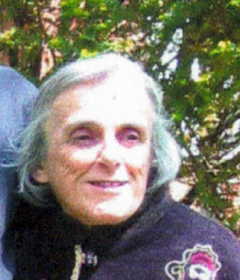 Preceding her in death were her parents, Kearney Kline and Ruth Ellen Kline, and an older brother, Jack Kline, who was a director of The President's Own Marine Band.

She was a graduate of University of Louisville and attended graduate school at IU, where she worked for Noble Prize-winning geneticist Muller, where she peeled fruit fly eggs for irradiation.

She owned and operated the Animal Shack Pet Store in downtown Greencastle for several years.

She belonged to the Presbyterian Church of Greencastle. She was a member of Mensa. She was a lifelong international ethnic folk dancer (where she and her husband met). She was active in INPAWS Indiana Plant and Wildflower Society) and a Master Gardener. She was an avid supporter of Heifer International.

With her husband, she taught a winter term course on human sexuality at DePauw. She was very interested in the Putnam County Museum and for years provided plantings of native plants in front of the museum.

She was a member of various other organizations such as National Wildlife Federation, Planned Parenthood (Indiana and International), NAACP, NOW and Indiana Land Trust.

The family will receive friends from 3 p.m. Thursday until time of service at the funeral home.

Contributions may be made to Heifer International, either directly (1015 Louisiana St., Little Rock, AR 72202) or to Greencastle Presbyterian Church marked for Heifer, or to the Putnam County Museum.